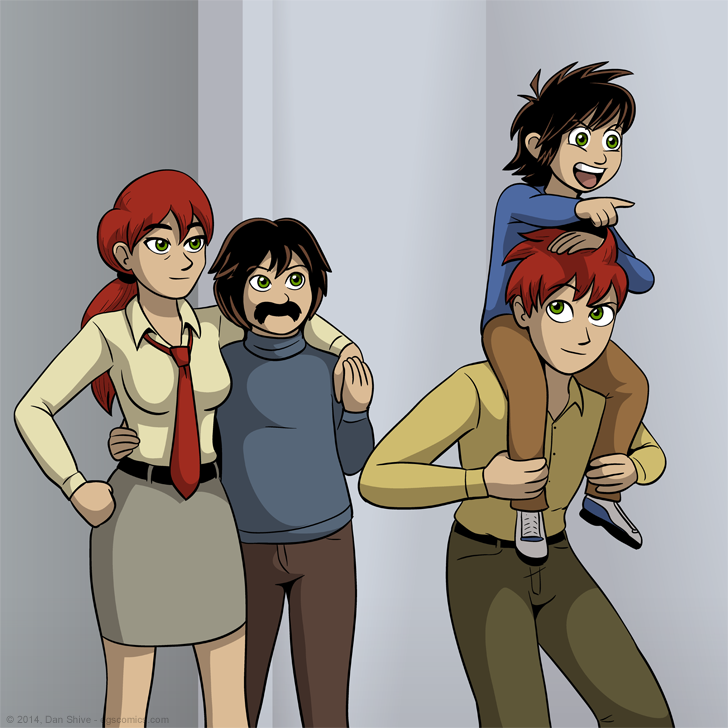 (4of 4 sketchbooks for today)

I could be mistaken, but I actually think this is only the second appearance of Nanase's father. Figures he'd be a she and a mom in his/her second appearance, though I guess this IS another universe by the very nature of the request, so does it really count as a second appearance?

Blargh. Universes are confusing. In any case, yay boy Akiko.