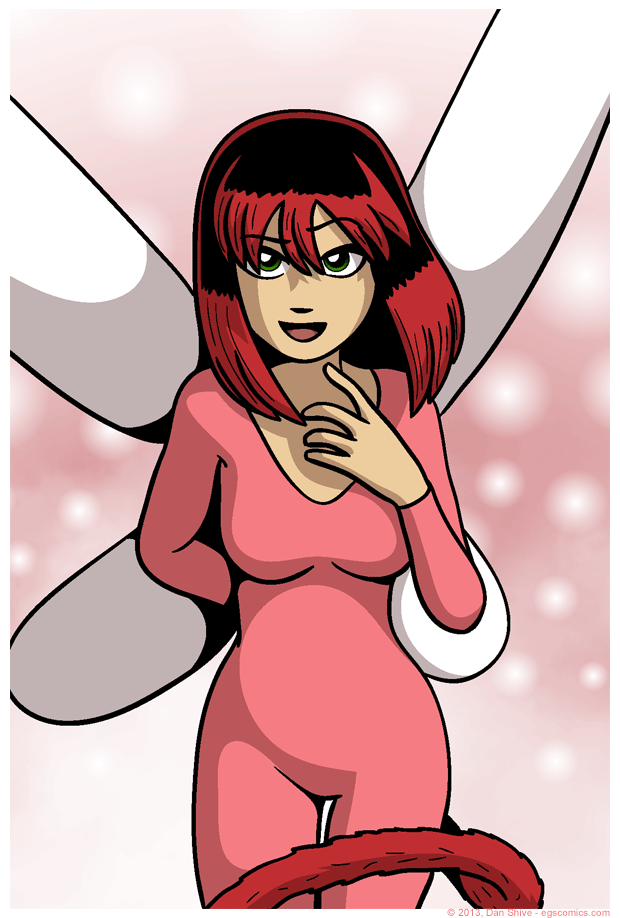 One of the reasons I decided to make a large color version of this panel (aside from assuming people would want it) is because I've also decided to experiment with giving the characters visible irises (the part of the eye with eye color) and it was barely noticeable in the original comic.

This is something I'll be experimenting more with during the Q&A. I think it's the sort of thing that will look great if done properly, but could easily look bad if done poorly. Whether or not it becomes a regular part of the style will be determined by how well I can pull it off.

I also intend to experiment with eye shapes, but I have to be even more careful, there. EGS's style can evolve, but it still needs to be recognizable, and the eyes are among the most recognizable aspect of the style. That said, it is frustratingly limiting to stick to what basically amounts to two basic shapes with small variations, so we'll see what happens.

If you have feedback (or hey, questions!) , feel free to let me know.