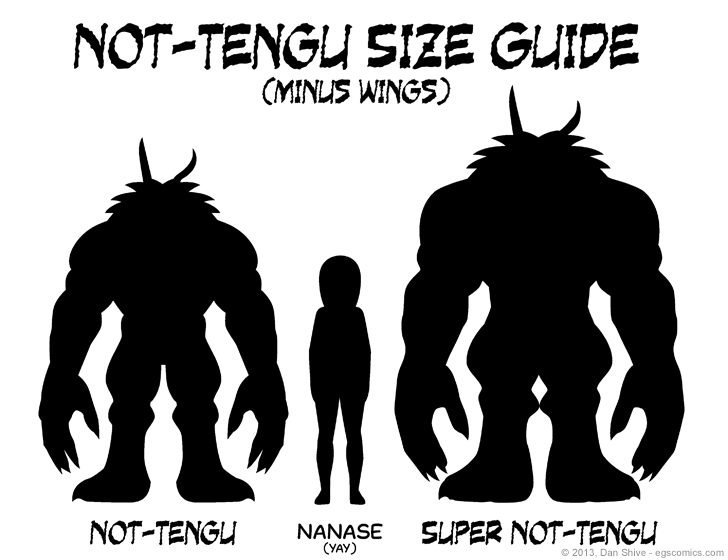 This sketchbook entry took 9,000 hours and the combined efforts of 337 unpaid interns to complete.

Fun fact: Assuming you include the volume added by Nanase's hair, her height is almost the same of the length of Not-Tengu's arm (from shoulder to tip of fingers). I would occasionaly bring up the matter of reach when talking about the complications of fighting Not-Tengu in hand to hand combat, and that's a big one.

Implemented well, reach is a major advantage in melee combat. If they can hit you before you're even close enough to hit back, it's a bit of a problem. Granted, a skilled martial artist could stop the attack and maybe even through a person, but I 'm not sure Nanase's hand would even grasp all the way around one of Not-Tengu's fingues and the dude weighs a LOT more than Nanase in either state. It would sort of be like trying to throw a really large gorilla.