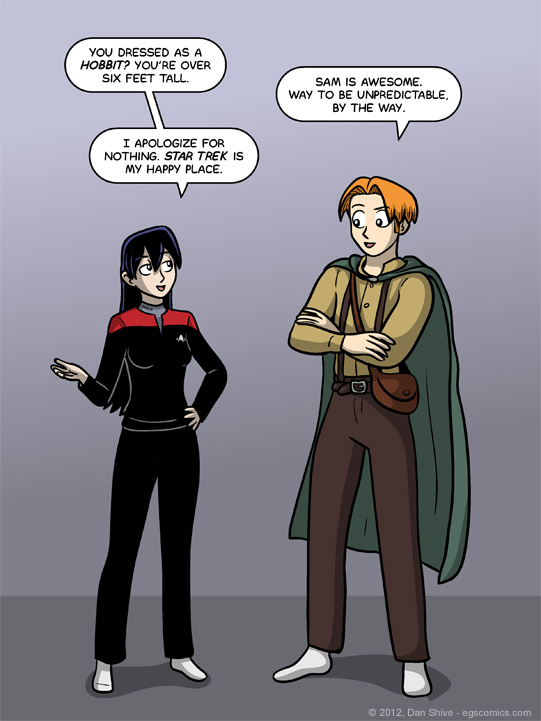 Part 2 of the above links is the one where Justin speaks well of Sam from Lord of The Rings, and darn it, Sam IS awesome. If anyone threatened Frodo, Sam would use the power of friendship to go Super Hobbit and end them.

And no, I don't think Sam had a "thing" for Frodo. I'm quite convinced it was platonic love, and that his romantic interests were truly towards that one lady hobbit whose name I forget (sorry, lady hobbit). As for whether Frodo had a "thing" for Sam, on the other hand... I'm not saying he did, but I have no objections to the hypothesis, let's put it that way.

I used a photo of a Lego version of Sam as color reference for this comic, and what amused me to no end was that the skin and hair tone of Lego Sam was nearly identical to Justin.

As for Susan and Star Trek, I really don't have much to say. She likes Star Trek. Yay.