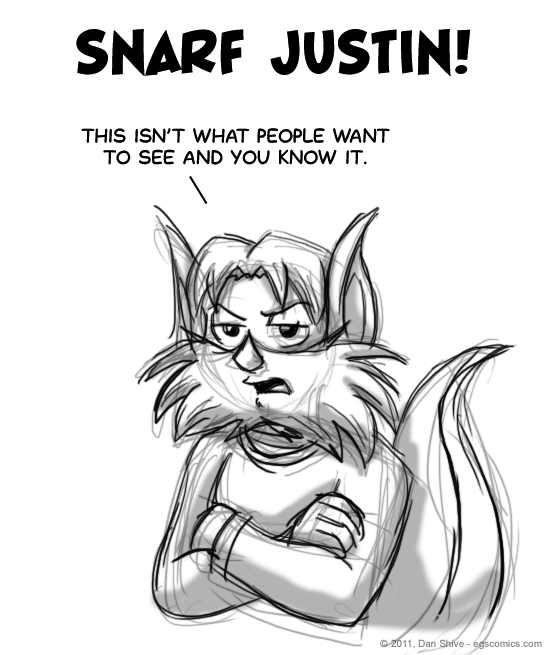 This is in reference to drawing Darth Justin, which is a sketchbook I want to make, but I want it to be a color sketchbook similar to Cheerleadra going rogue, and I haven't given myself the time to do that yet (working on silly little things like story scripts and what-not).

I had originally just intended to sketch whatever for today and not even comment on Darth Justin (I did say "another day" in the previous sketchbook commentary, not "next Tuesday"), but then this popped into my head, and, well... it had to happen.