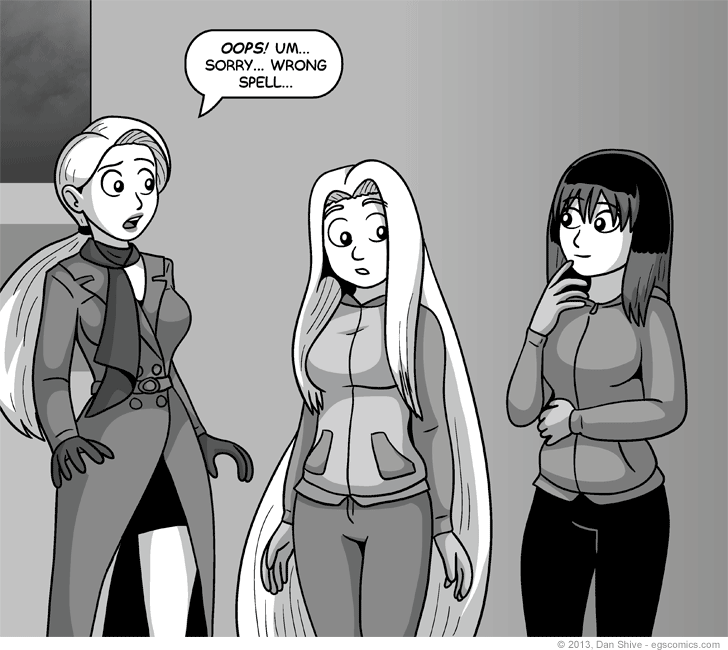 And yes, sketchbooks are back! They'll be on Saturdays and Sundays, and will be anything from actual sketches to colored / reworded panels to greyscale comics to color comics to--Well, you've presumably been through the Sketchbook archives. You know what it's like.

One thing the EGS magic system has going for it is that it's very difficult to cast the wrong spell. There are a number of ways to screw up the spell you're casting, sure, but it's probably going to be the correct wrongly used spell.

Of course, if I ever want to make mistakes like this possible, I would find a way. Heck, one way is to just make it so instead of someone getting a new spell, they get more options for an existing spell. It would be added versatility at the cost of reliability. I'm sure that couldn't possible be used as an analogy for anything in real life.