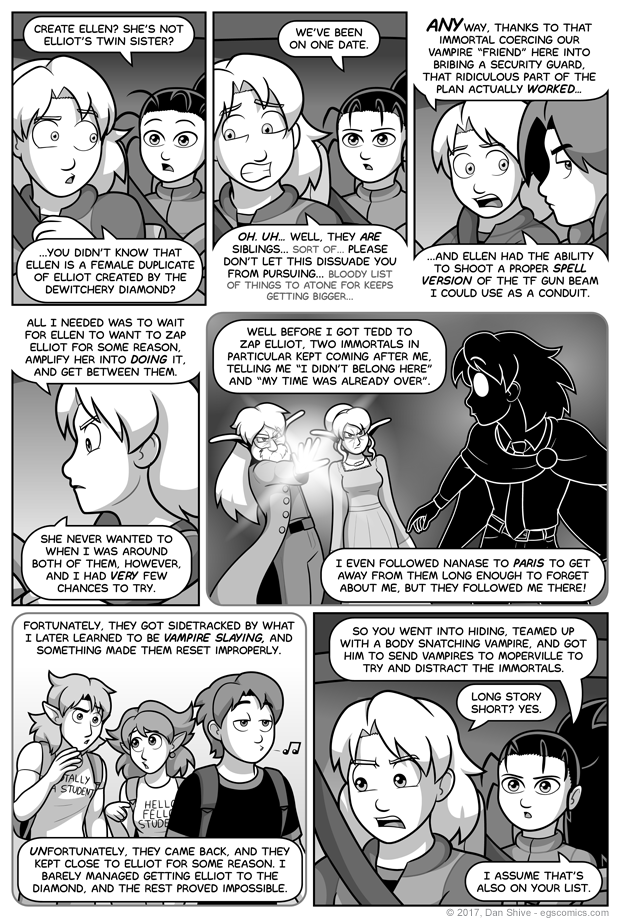 - The immortals who awakened Nanase and marked Susan

Ashley wasn't there when Andrea the griffin told Elliot and Nanase there had been seven vampires, but information was clearly shared after that meeting even if it wasn't all on-panel. She knows there's been a vampire problem.

I'm also not having Magus explain his falling out with Pandora right now. I'm keeping this bit of explanation as brief as possible, and even if it would be news to Ashley (and eventually Elliot and Ellen), it wouldn't be news to us. Besides, as eager as Magus obviously is to talk, he's probably not eager to talk about THAT particular moment.

This will be addressed more properly in the inevitable next Q&A, but one reason Magus followed Nanase instead of just floating off wherever was because he wasted to be able to find his way back to Moperville. The plan was to follow her to, and back from, Paris.

There's also technical mumbo jumbo about how following a particular person allowed him to take advantage of plane flight instead of floating all the way across the pond and back, but again, inevitable Q&A.