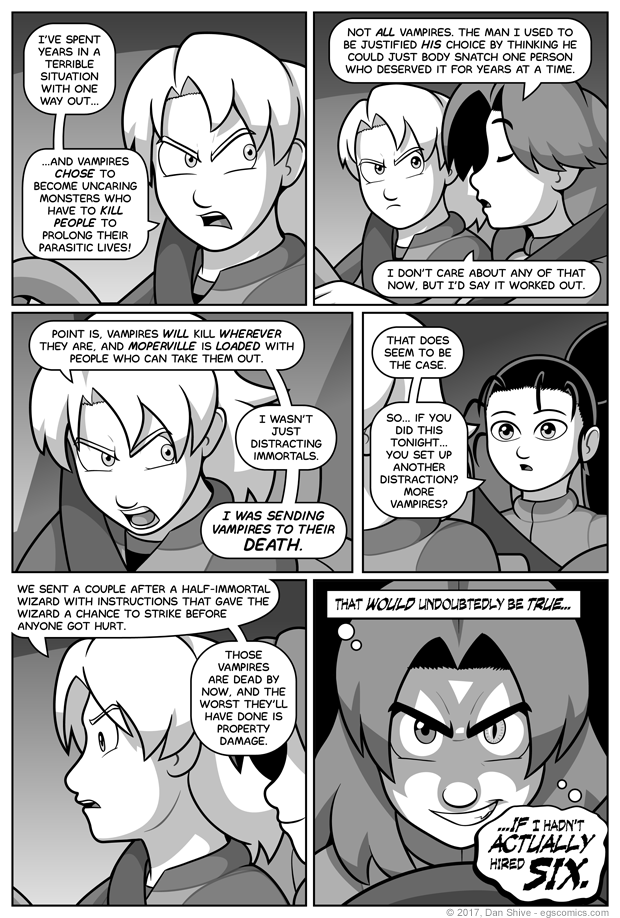 - "(The vampires) would exist and kill regardless!"
- The instructions for the vampires

YOU HAD ONE JOB, SIRLECK

And so ends part 21. I don't think I'm spoiling much by saying part 22's going to flash on back to what actually did happen with that vampire attack.

I generally prefer just going in actual chronological order, but zero parts of me wanted Magus to have to go over this bit of exposition AFTER the next part, nor did I want to show the vampire distraction starting up only to cut away to Elliot's house, or have to do a flashback at Elliot's house later, or...

Long story short, THANK YOU, ASHLEY for letting me go about this this way. Sorry about the mess I've gotten you into.