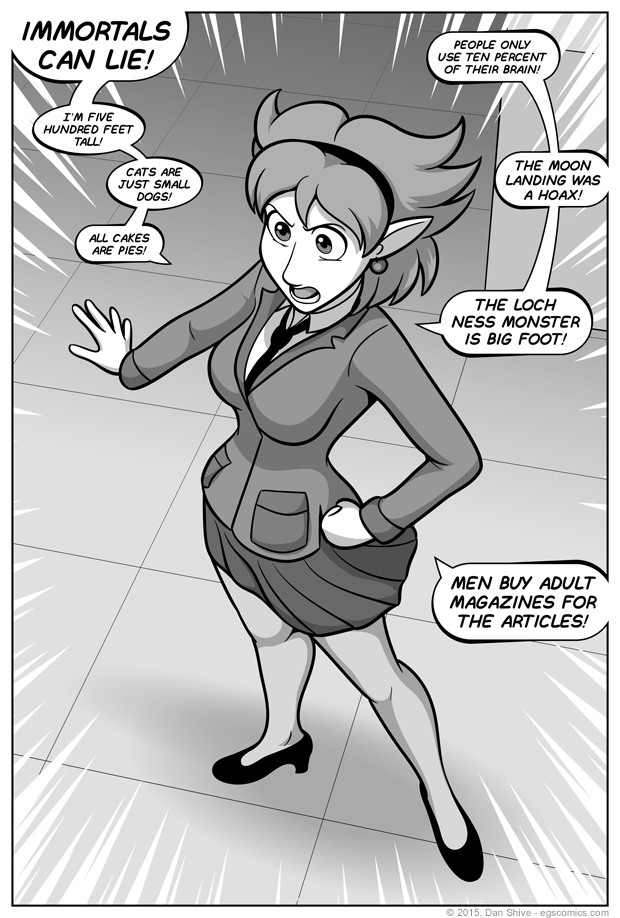 It's possible I missed a reference link or two, but it seems I haven't compiled reference lists for this immortal and her companion before, and there are a lot (especially when you include them just hiding in the background).

In regard to her various and deliberately obvious lies, I have no doubt that some men would buy one of those magazines specifically to read a particular interview or something. To claim all men buy them for the articles, however, is most certainly a false statement.

As for the moon landing, technology at the time was far more advanced in regard to rocketing things than video. It would actually be way easier to shoot someone into space than to fake the live broadcast, which did go on for a while. What's more, lives were lost in the efforts to master space travel. If someone's going to claim it was faked, they'd better have solid, thoroughly researched evidence to prove it.

And don't get me started on "people only use ten percent of their brain".