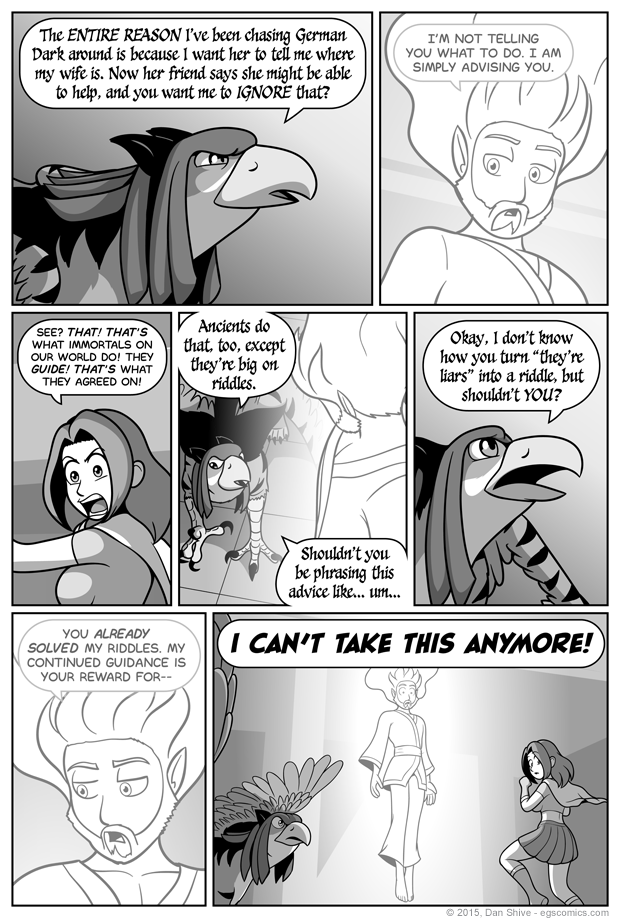 Skeptical griffin is skeptic, but apparently not skeptic enough for one onlooker.

Also, you have until the next update (or clicking of "next") to figure out who's had enough of this. Granted, that's something of a given, but it adds dramatic tension if I say that here.

One detail Elliot left out was that immortals are allowed to give power. I had originally written a thought narration to make clear that Elliot was intentionally leaving out that detail given their audience, but it felt like a road block in the comic's flow. Still, for anyone wondering, Elliot intentionally left out that detail.