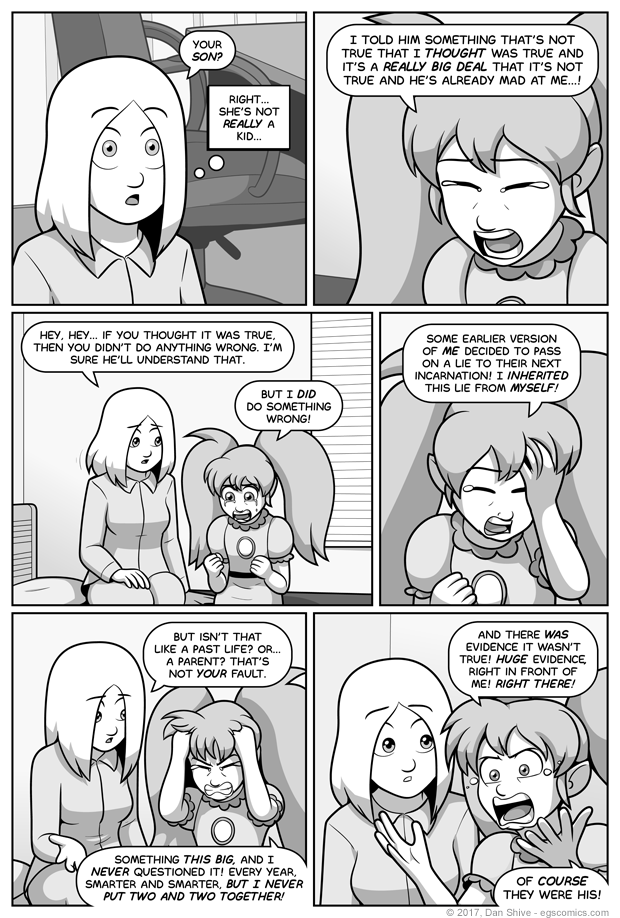 - "Most fairies who did know made a point of passing on lies..."

The Ravens have believed for centures that people only use ten percent of their brain, but that all changed when Heka showed Pandora that one episode of Mythbusters.

Ha ha, no, but seriously, what this is actually about is pretty serious and sad and I probably shouldn't be making jokes about it.

Immortals vary in what they refer to their past selves as, and some would describe a past self like a parent. Not many, however, as most would find what we would consider a parent-child dynamic to be alien, and would most likely choose to put it that way just as something mortals would understand.

Pandora's a bit different, being a mother herself, but she was 156 years old when that started, and she's stuck to the "previous self" sort of description.