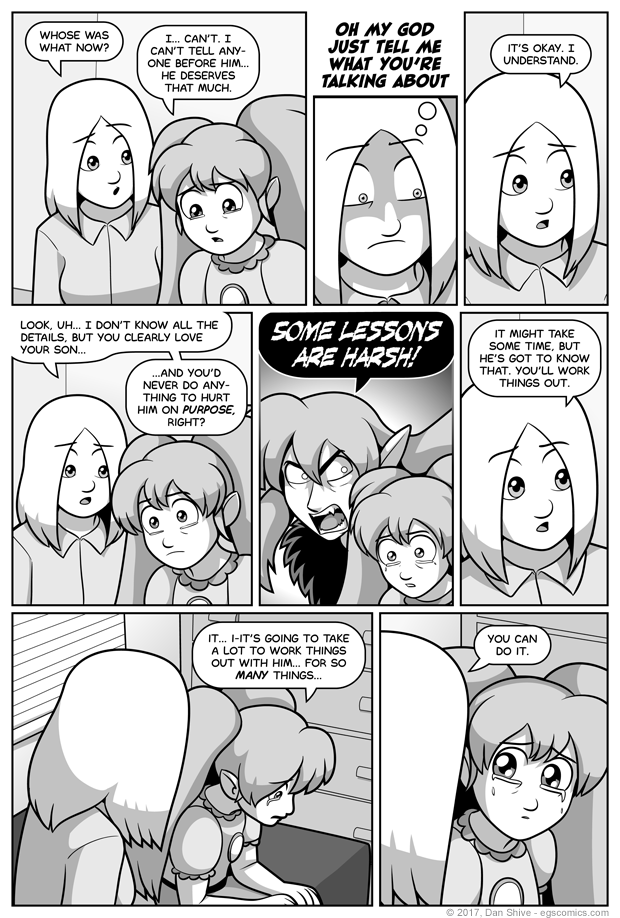 In which Sarah is momentarily possessed for one panel by the readership as a whole.

In all seriousness, I find Pandora's reasoning in panel one sensible. For one thing, there's not giving details about such things behind people's backs. For another, there's Sarah knowing people who intereact with Adrian, and even with trusting Sarah, she's not willing to take even the tiniest risk of Adrian hearing it from one of them first.

That said, I'm going to say now that, whatever Pandora's not saying, it WILL be revealed before Sister 3 is over (along with a lot of other thing. There will a far more appropriate moment for such details, however, and people will have the opportunity to speculate (and earn cookies for themselves) before then.

- EGS:NP (incidentally, I'm linking to new EGS:NP again because EGS:NP does seem to be going up before or at the same time as the story comics, and that was the main issue)