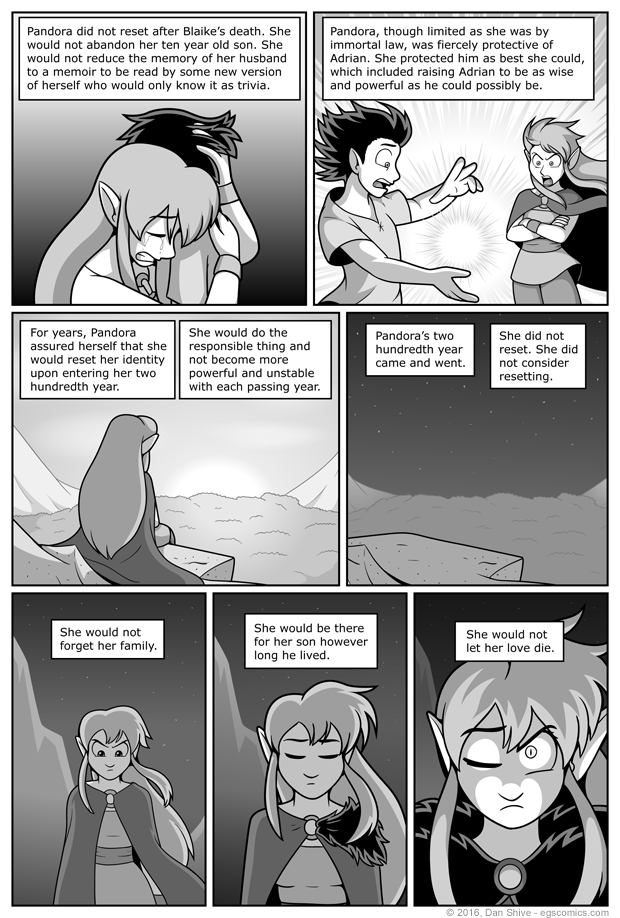 Pandora's backstory was a bit tricky to do, in part because I wanted to keep the exact "when" of it vague, and that's hard to do when something as simple as fashion can give it away (and I know all of y'all are fashion historians).

Ultimately, my solution was to go with vaguely medieval fantasy clothing, taking inspiration from The Legend of Zelda and The Sword In The Stone. One could probably reach certain conclusions based on those choices, certainly, but knowing those choices, one can just as easily dismiss them as circumstancial evidence in so far as nailing down an exact century is concerned.

As for Pandora herself, I wanted her "immortal" outfit to seem out of place and take inspiration from elsewhere. I originally considered having her dress in something distinctly Ancient Greek, but then I sketched her with something of a genie scheme, and it seemed extremely appropriate for her character. I also felt it made a nice parallel to what she'd wind up wearing later.