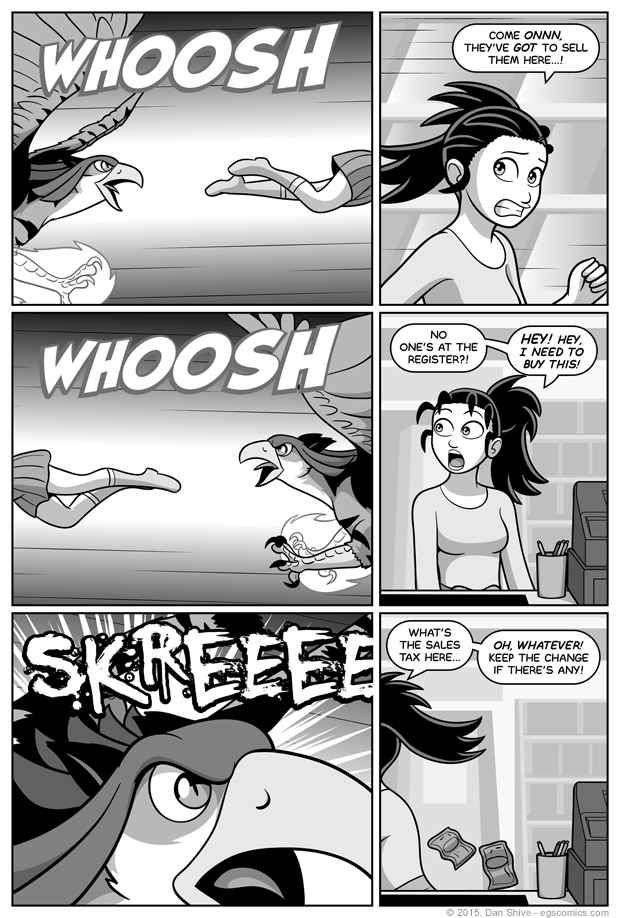 I hadn't originally planned on showing Ashley in the shop, but then I thought about how that would go, and, well... Now we have this comic.

By the way, random missing clerk? I know there's a griffin flying around after a super hero outside, but you took an OATH, darn it. At least, I assume you did. I've never worked in a mall, but I'm pretty sure that's part of the deal.