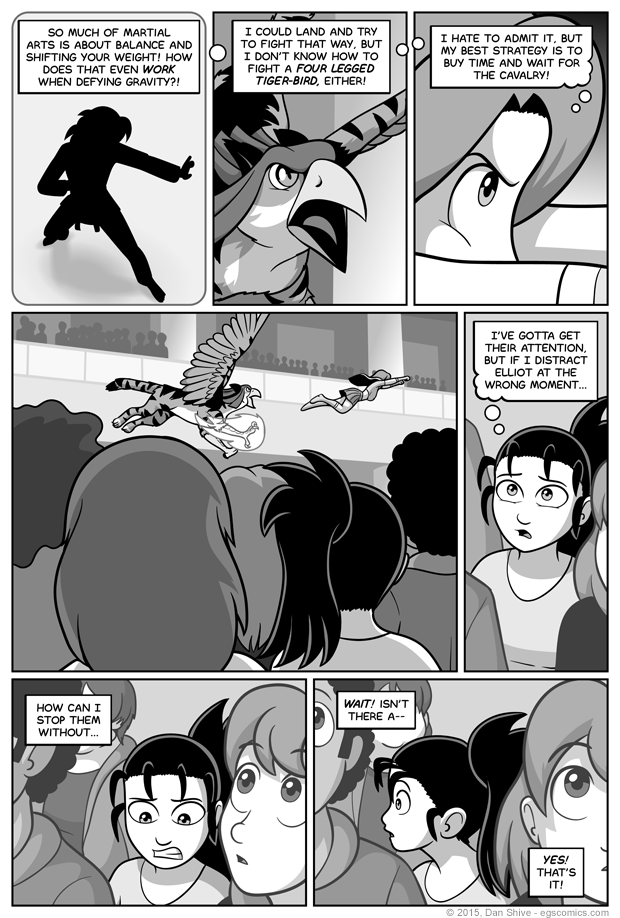 I suppose I could have left "flying makes it weird and I clearly haven't practiced it" and "how the heck do you use martial arts skills intended for fighting other people on a griffin" for people to conclude themselves, but darn it, why Elliot isn't just swinging at the Griffin is important enough to make sure it's clear.

Granted, Elliot did fully intend to fight a bulldog dragon, and DID fight goo, but those weren't quite the same. Putting aside the fact that the bulldog dragon was a big, bulky target for which to try and clobber, it's doubtful Elliot had thought that all the way through. As for the goo, big blob, punch n' burn, etc.

The griffin, meanwhile? Have you ever contemplated hand-to-hand combat with a FLYING TIGER HAWK? What're ya gonna do? Kick it?