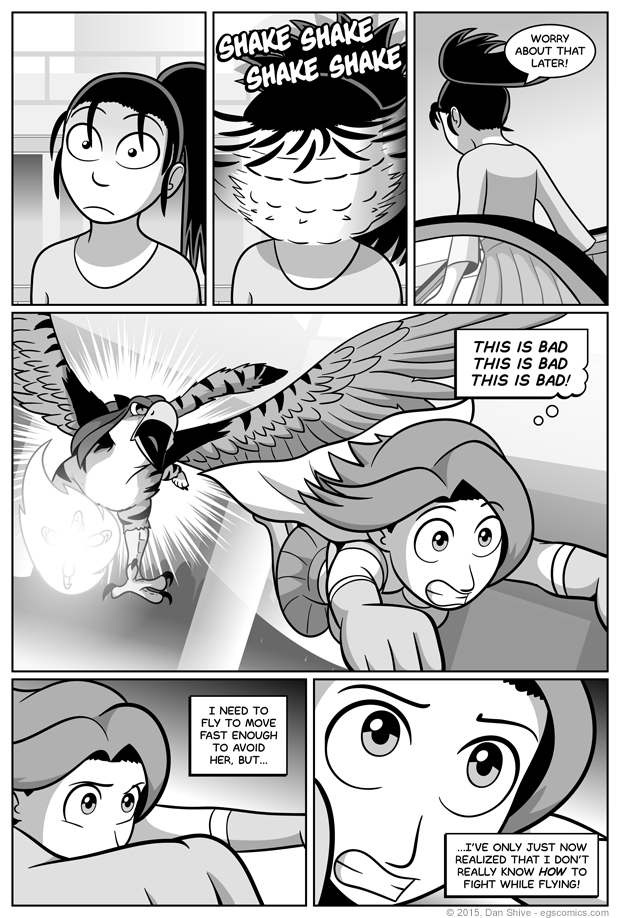 Elliot not really knowing how to fight while flying makes sense and I could explain it, but I'm planning to address that in-comic rather than just assume everyone either reads these commentaries or can figure it out for themselves. As such, feel free to speculate why that would be the case before Monday (or pushing the "next" button if reading this in the distant space future).

I really like the artwork in this comic. I know there are artists out there who could do it better, but judging strictly relative to my own past work and considering the restrictions I stick to to (sort of) stick to a schedule, I think it's pretty darn good. I'm allowed to say that of my own work once in a while, darn it.

That said, I probably could have done the extreme perspective in panel five a looooooot better. That's Elliot's fist and forearm in the foreground, which probably isn't something I should feel the need to specify in a commentary if I'm going to declare the artwork pretty darn good.

I'm going to declare that anyway, however, because it's subjective, and it doesn't have to be perfect for me to like it!

(But seriously, I probably should've drawn that differently)