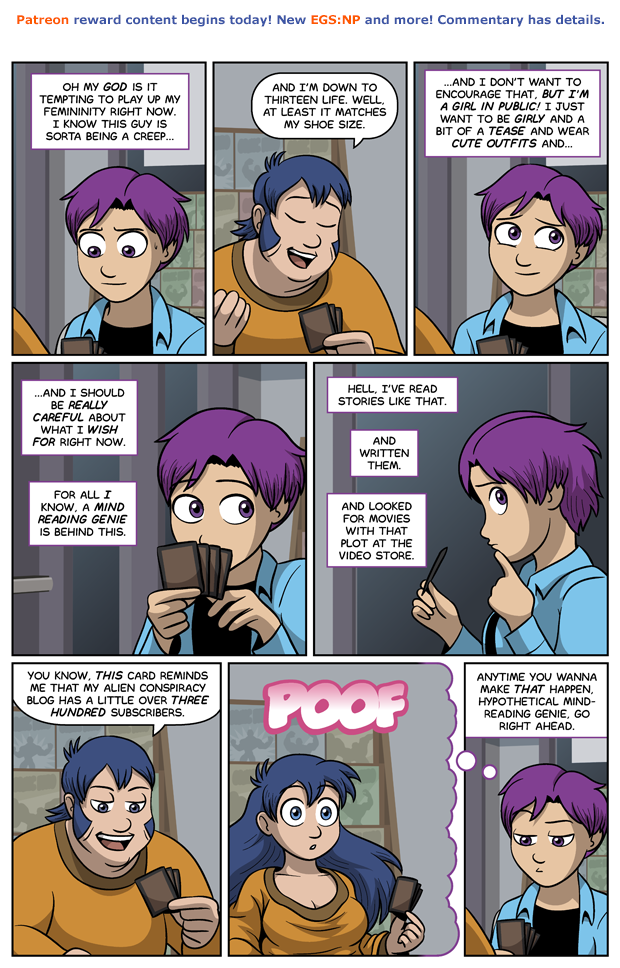 Starting now, links to Patreon reward content will be included at the bottom of story comic commentaries. These will include links to new EGS:NP comics and Sketchbook entries, along with links to comics with newly added commentaries. Today's EGS:NP commentary has more details.

Allegations that I have also written anything of that sort are probably onto something.

Really, three hundred subscribers for a college student's personal blog is nothing to sneeze at and he really should take some pride in that. He shouldn't be making suggestive comments about his shoe size, but credit where credit is due, darn it.

I was originally going to give Rich some side bangs similar to Grace's (because of his sideburns), but as should have been predictable, I felt the result looked a little too much like Grace.