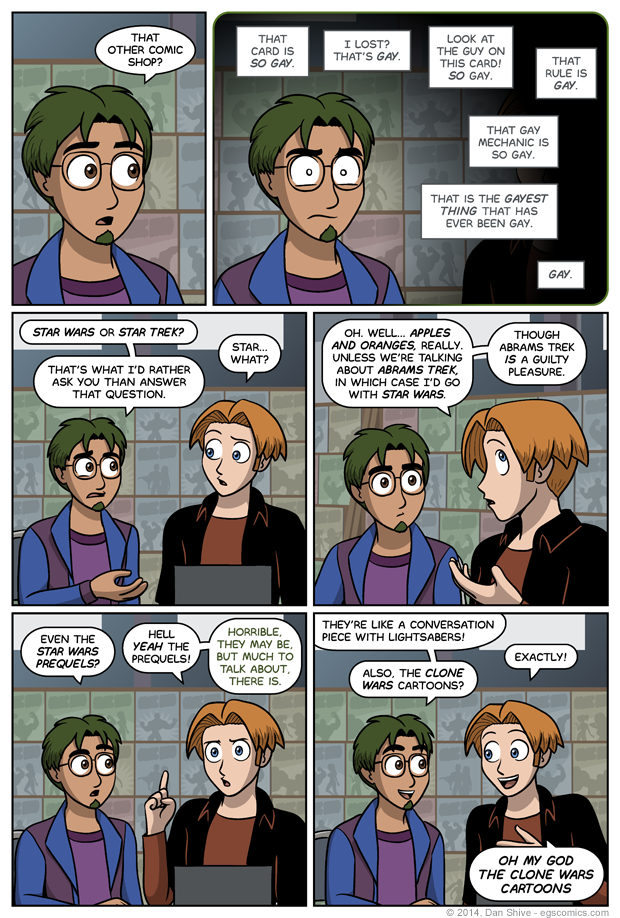 I think maybe Luke knows someone who's gay? I don't want to jump to any conclusions.

There is so much I could say about panel two, which shouldn't surprise anyone. The fact that I still feel the need to address the issue after having already done so back in 2003 should imply the presence of strong feelings and the potential for endless ranting.

All I'm going to say for now, however, is that that I don't consider panel two of this comic to be an exaggeration (everything in panel two is a generalized version of something I've heard before, and I've heard worse), nor do I consider it representative of the average comic shop or card tournament experience (at least, I HOPE it's not). It does, however, reflect personal experiences I've had while at some tournaments.