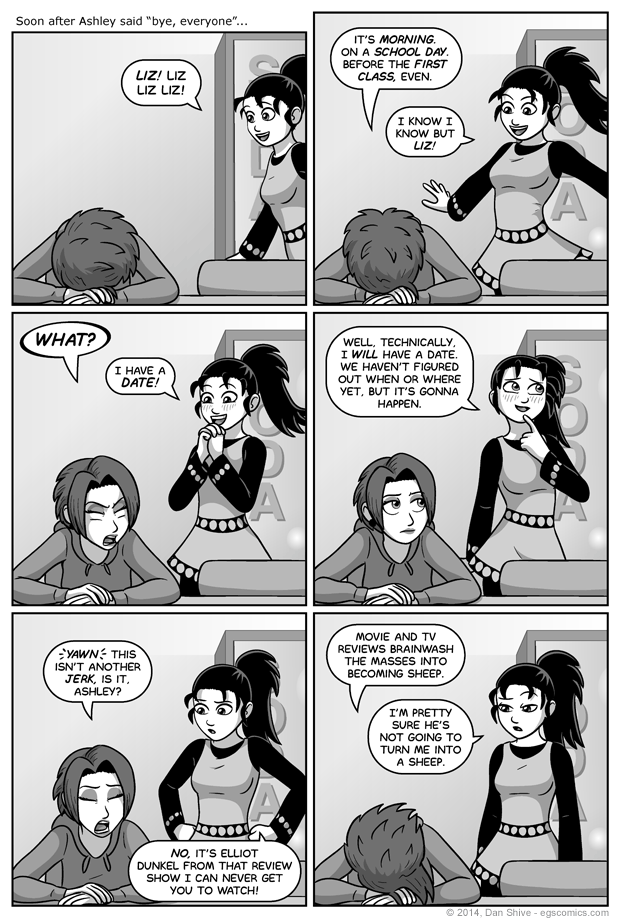 She's baaaaaaack! And presenting the most accurate portrayal of a teenager in the morning in this entire storyline.

Liz is a character who was initially inspired by several women I've known in real life and is someone I've wanted to include in the comic more. Lacking any significant connection with the main characters, however, there's been little reason for her to be around.

And then Ashley showed up, and her initial behavior back when she was trying to deny her own interest in Elliot reminded me of Liz. That got me to thinking of how they could be friends, why they would be friends, and how they might have influenced each other. End result? They're friends, and Liz is bound to get more panel time now. HUZZAH.