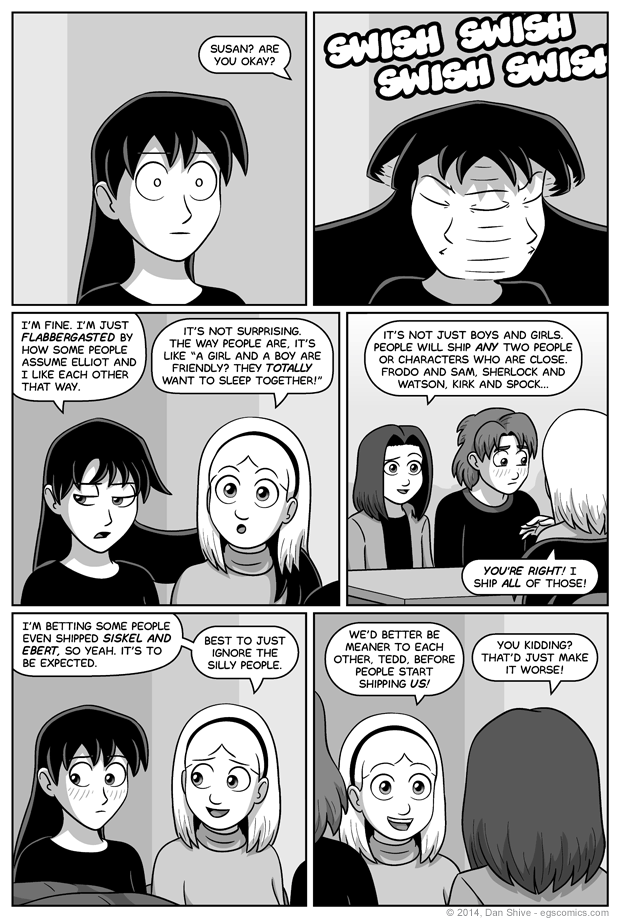 - It's been too late for that for a while, Sarah
- "Some people"

"Wait, which version of Sherlock and Watson?" "ALL OF THEM."

Okay, okay. That's not entirely fair. I'm not sure I can see the original Watson with Sherlock. Of course, that might just be because I'm not terribly familiar with the original versions of them, and when I do think of that version of Watson, I mostly think of a narrator who follows Sherlock around.

And then there's the Elementary versions of the characters, whom I never want to see getting together because I like their relationship and don't see it as a romantic one.

And the less said about Sherlock Holmes in the 22nd Century, the better.

Anyway, I should probably say something about the comic. Um... I like that Susan's hair wound up around Sarah's shoulder regardless of the fact that I'm pretty sure that should have been impossible. This concludes my insightful commentary for today.