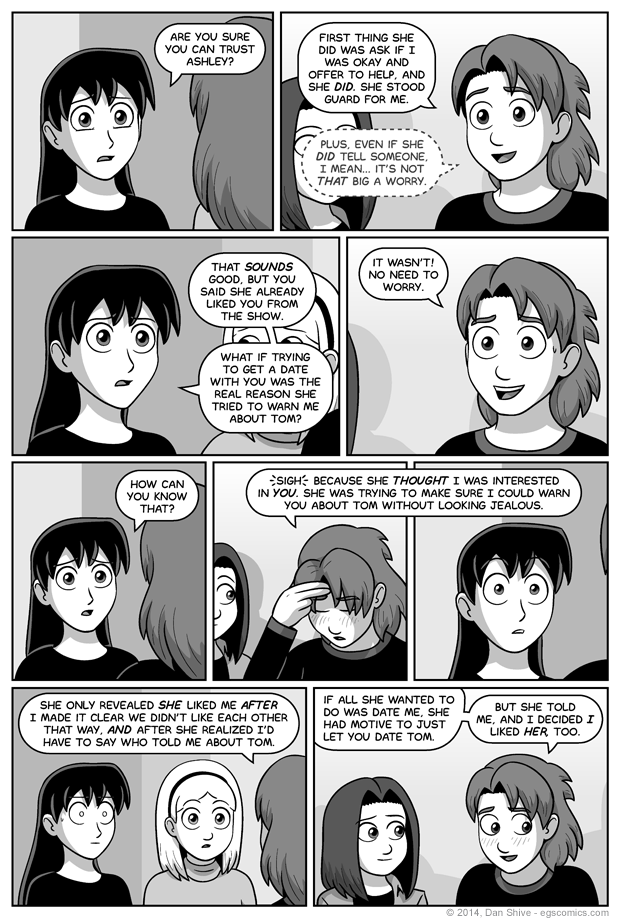 - Susan pointing out that nobody would believe Elliot turned into a girl (specifically Cheerleadra)
- Elliot pretty much point out the same thing
- Ashley thinking Elliot and Susan liked each other (madness!)
- Ashley telling Elliot she likes him

I had an intense internal debate with a lot of imaginary thrown chairs and flipped tables regarding whether Elliot would actually tell anyone why Ashley told him she liked him. Ultimately, the fact that Susan would naturally start to find Ashley suspicious at this point and would naturally speak her mind about it won out over all arguments.

Granted, it wasn't the only argument. I think it's more interesting if they all know Ashley thought Elliot wanted to date Susan. It's just that, even if that wasn't the case, Susan would have spoken up, and Elliot would have wound up sharing in spite of his embarrassment. I could have written an entirely different script, and it still would have happened somehow.