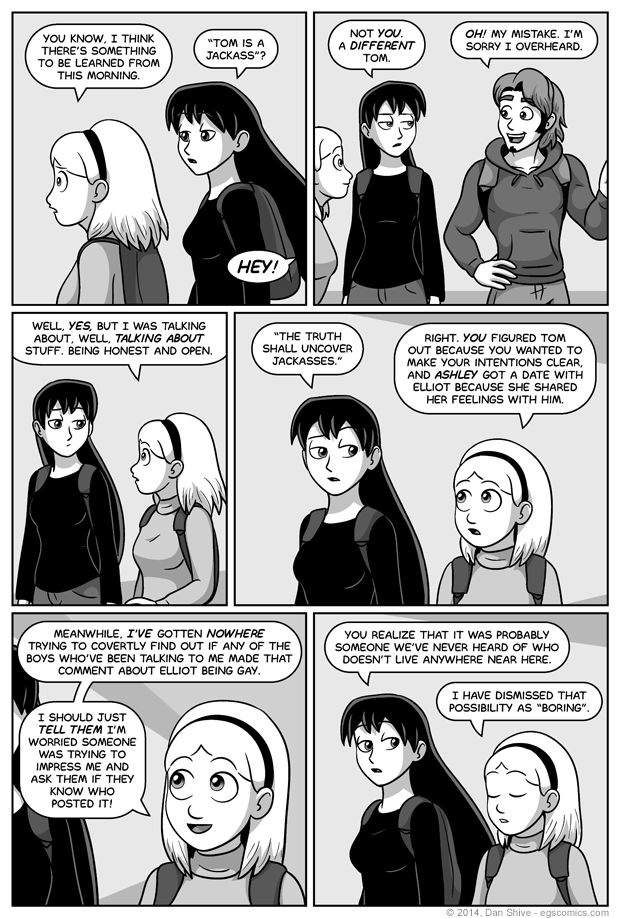 This is my birthday comic! Woo! You can tell because it's exactly the same comic I would have created if it wasn't my birthday, which is exactly what I wanted (obvious, ain't it?).

There is something in this comic I've been eager to include, however, and that's token "good guy" Tom. His name is Tom, and he's a good guy, thus proving that not all Toms are like that one Tom. This Tom isn't the least bit manipulative, his extracurricular school activities all benefit society and raise awareness in some way, he's rescued at least three puppies from various situations, and he genuinely loves the first three live action Star Trek series.