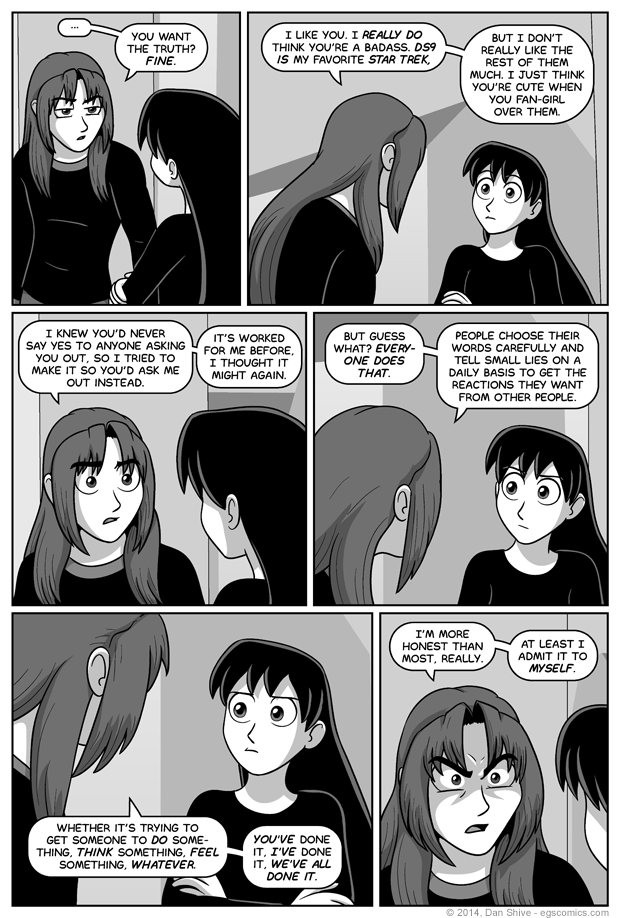 - The "Susan smiles" comic again (it's still relevant, darn it!)

Tom is VANQUISHED! And now's the part where he scurries away and wait he's still talking he's making an angry face what is this what is happening?

Today is El Goonish Shive's twelfth anniversary! I'm celebrating by posting the comic I would have posted anyway and quietly (loudly) regretting that it's this particular comic. I mean, I don't hate it, but yesterday's would have been a great anniversary comic, or possibly an upcoming one, or that one where Elliot asked Ashley out.

Well, I guess I shouldn't complain. If I wanted to have a specific comic on the anniversary, I should have planned for it. And remembered the anniversary earlier. Seriously, I was all like "it's Martin Luther King, Jr. Day on Monday! Wait, didn't something significan't happen in my life on that holiday in 2002? OH RIGHT JANUARY 21st IS EGS'S ANNIVERSARY AAAAAAAAA"

And then I shrugged and decided posting as normal was the bestest way to celebrate, even if it had to be Tom's "everybody's a liar" monologue. Here's to another dozen years!