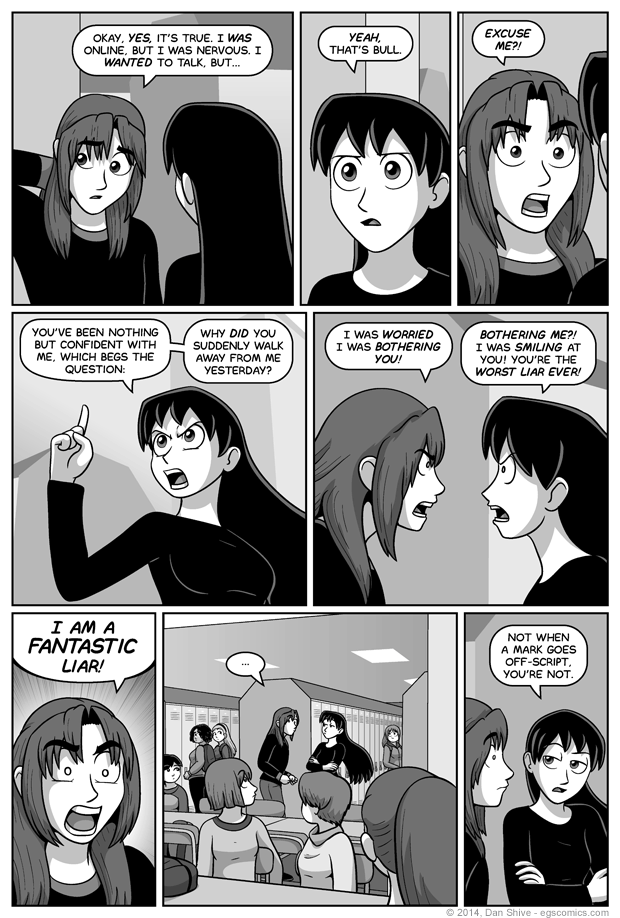 Susan is so done with your excuses, Tom, you don't even know.

Granted, Susan is only armed with conjecture and she wouldn't have much solid evidence to present from her court record, but she does apparently have enough to figure Tom out and press his buttons.

The staging of the last few comics has been a bit tricky because I was very deliberately not showing much of the area around them. I wanted it to be entirely possible to forget how public of an area they're talking in prior to the second-to-last panel of this comic. I also didn't want to angle the viea so the cafeteria was visible for "holy crap that's a lot to draw and keep track of" reasons, but still.

Speaking of that panel, I thought of having some male extras in it, but I figured it would add insult to injury to have as many women as possible noticing his impulsive declaration from the previous panel.