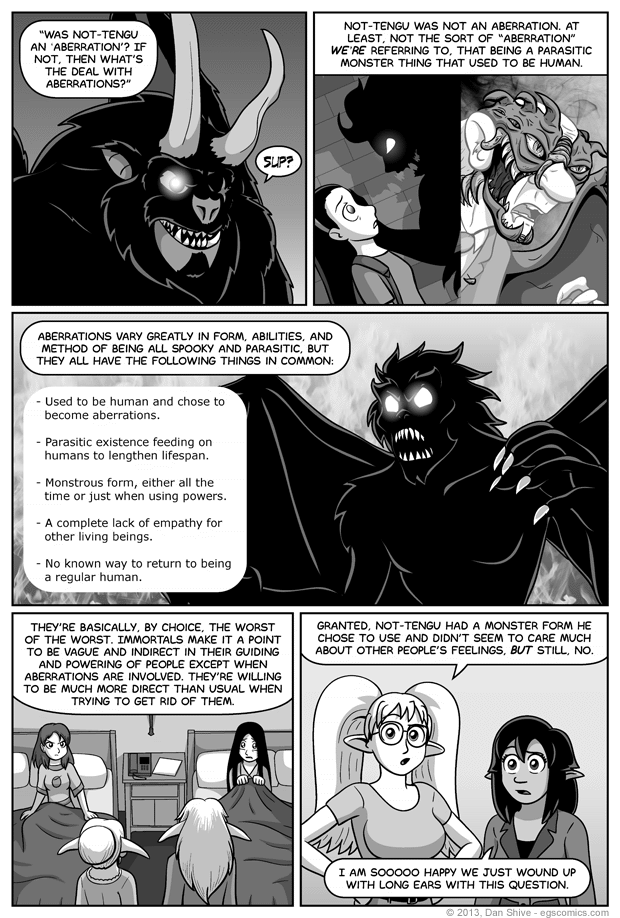 I plan to do one more week of Q&A comics before we dive into the next storyline, so if you have a question, there's still  a chance of it getting answered. You can also let me know if you think Amanda should acknowledge Lisa's attraction to her in some way, as some people think she should and I am, quite frankly, undecided.

Sirleck, aka the creepy face aberration, will be seen again, as will Magus and those two immortals who were (and maybe still are?) following Elliot around. I even know when from an in-comic date standpoint, though not from a real world date standpoint, so there's no point in asking about it further (not that I'd tell anyone even if I did know, so there's super-duper no point).

People have also asked if Not-Tengu was using a guardian form, and the answer to that is definitely not, but I have considered the possibility of there being similar abilities that would be more selfish in nature while having similar, or somehow parralel, drawbacks. As I so often say, we'll see.