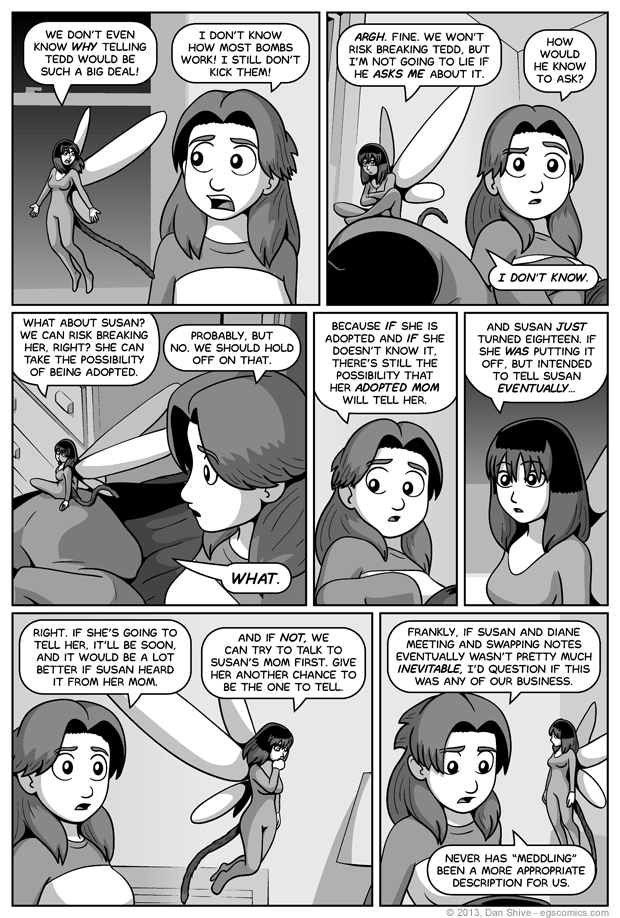 Well, where would YOU have landed if you were a Fairy Nanase?!

Anyway, I hope this comic helps clarify something. Nanase and Ellen do not know why it would be bad to tell Tedd. This is not something that has been said anywhere, so if anyone feels like they don't understand why it would be an issue, that's actually appropriate. All they know for now is that Mr. Verres warned that it would be very upsetting for Tedd, and that they've seen mopey Tedd before and would rather he not wind up in that state again.

That said, we're getting dangerously close to the next Q&A! If you have a question, I recommend contacting me via Tumblr or e-mail. I'm likely to lose track of questions sent via Twitter. Please also note that questions asking for spoilers (such as "will this happen" or "when will we see ____ again") will not be answered.