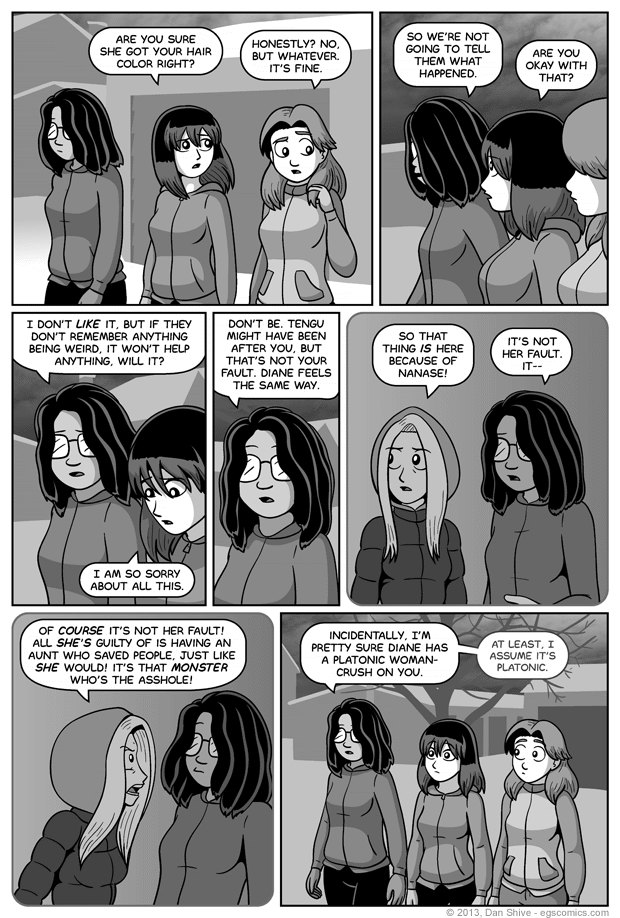 For the record, Ellen's hair is nearly 20% lighter than normal in this comic. WAY TO GO, CRANIUM.

Dare I remind everyone once more that there were Sketchbook entries on Saturday and Sunday and weekend sketchbooks are now a regular thing? I DARE. I also dare to point out the RSS feed.

(Of course, I should note that if you're reading through the archives for the first time, you should DEFINITELY finish the story comics up to wherever it's at before browsing later dates in the Sketchbook.)

If you're wondering when Charlotte had a chance to bring Diane up to speed, recall that they were together after the flight--er, fight concluded. Charlotte presumably ran into Diane after she left. In any case, this means that, yes, Diane knows everything Charlotte knows about Not-Tengu's motivations.

And with that commentary stated, I'm going to go prepare to celebrate the Labor Day holiday the way it was always intended to be: By having a whole bunch of movies and TV shows on while making more comics. It's tradition!