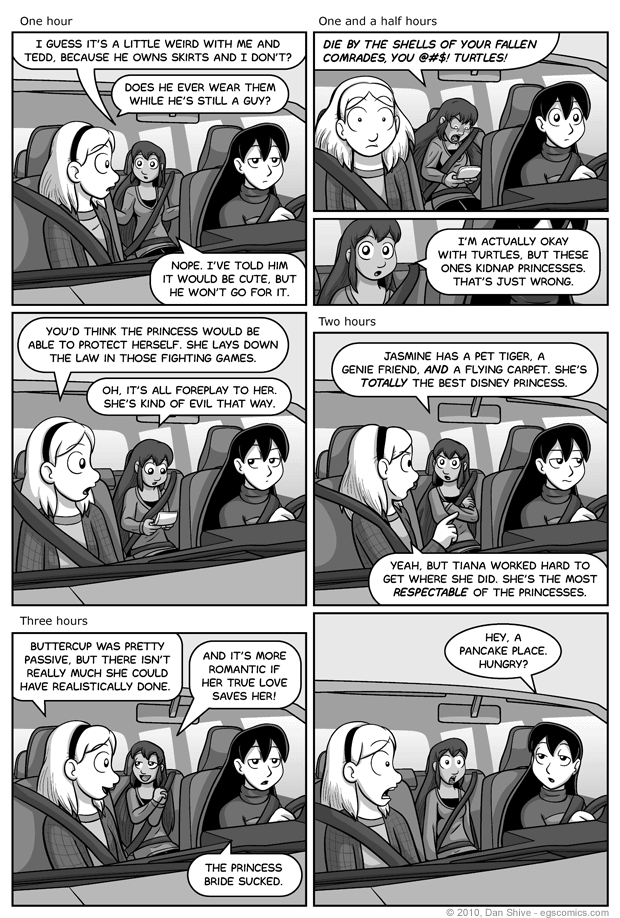 Um, uh... I’m a strong believer in the principle that people should not be judged based solely on... Oh wait, I said that last time...

Okay, okay. I recently finally watched The Princess Bride, and I liked it. There are some nits I could pick, however, and it occurred to me while watching it that Susan simply wouldn't like the movie because she would be too distracted by certain aspects of it. In particular, the behavior of the female lead, the "true love" angle, etc. It's just not a movie for her.

This is probably the most aggressive Grace has ever been in a comic (without being in a Damien-killing rage). It's not the first comic, however, in which we've witnessed her being uncharacteristically aggressive while playing a video game.

Wait, does this mean I'm inadvertently suggesting video games make people violent? Eep. Not quite what I was going for...