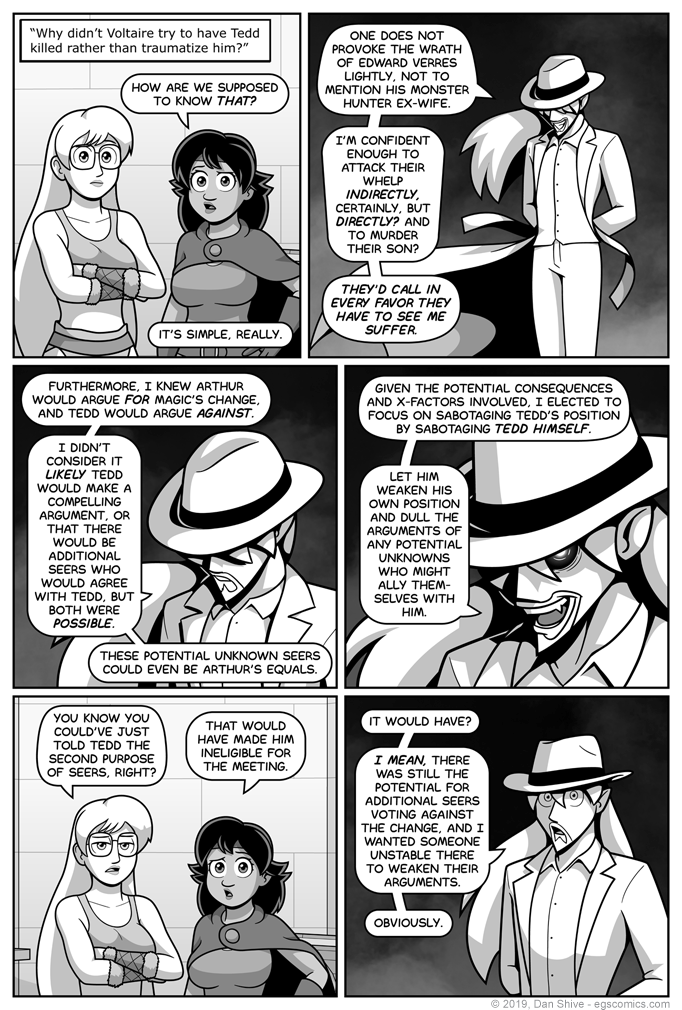 While the question in panel one has been asked, the more interesting question, in my opinion, is alluded to in panel five: "Why didn't Voltaire just keep Tedd from participating by telling Tedd about the second purpose of seers?"

Which is a very good question, and one I had to think about for a moment once asked. The simplest answer was that Voltaire simply didn't know that was an option, and it's the answer I feel is best as canon (regardless of whatever Voltaire might claim otherwise).

Fun fact, Voltaire could have succeeded by accident if he'd gone with another of his potential plans. He had considered befriending Tedd in order to turn Tedd against the will of magic under the guise of friendship. Had he done this, he would have told Tedd about the second purpose of seers without even realizing what the consequence would have been.

Ironically, he decided against that plan because he thought the odds of success were minimal, and yet it's actually the plan that would have been guaranteed accidental success.