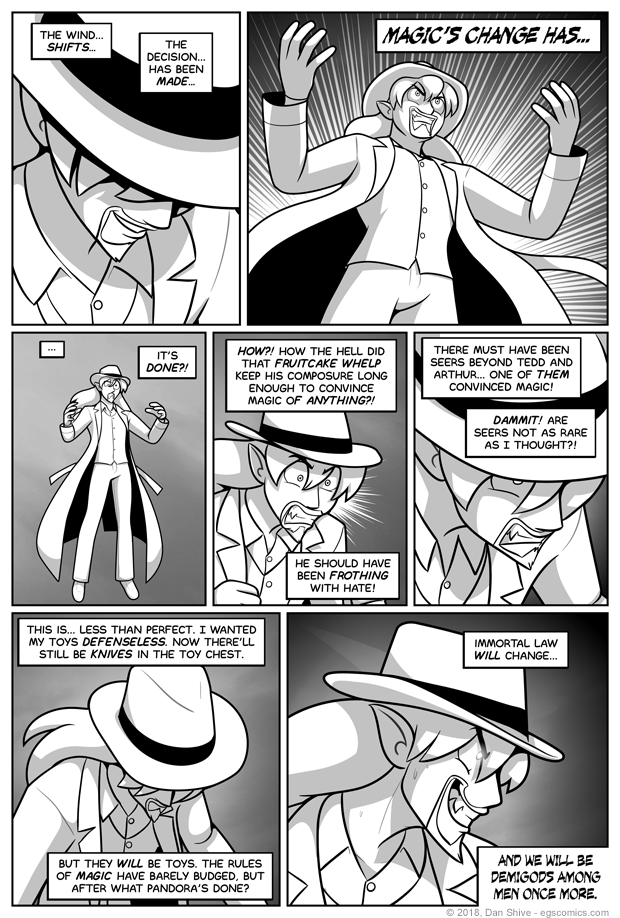 - When last we saw Voltaire...

Would Voltaire be more or less nettled if he was made aware of how badly a reset was projected to backfire due to the actual number of seers combined with modern technology? It's difficult to say. There would be short and long term pros and cons for him, to be certain.

In any case, he doesn't know that, so he is NETTLED.

I'm honestly not sure if there should be an apostrophe there. Voltaire is referring to magic, which isn't really a person, exactly. I mean, it evidentally has a will and can even communicate, but magic itself described itself as being singular, many, and, well, nothing all at the same time. I don't think people are that sort of thing, even making allowances for non-human people.

On the other hand, Voltaire is referring to "Magic" as though Magic were a singular being, so mayhaps a possessive apostrophe is appropriate? Or maybe... It's possible I'm putting too much thought into this.

OR MAYBE NOT ENOUGH O_O