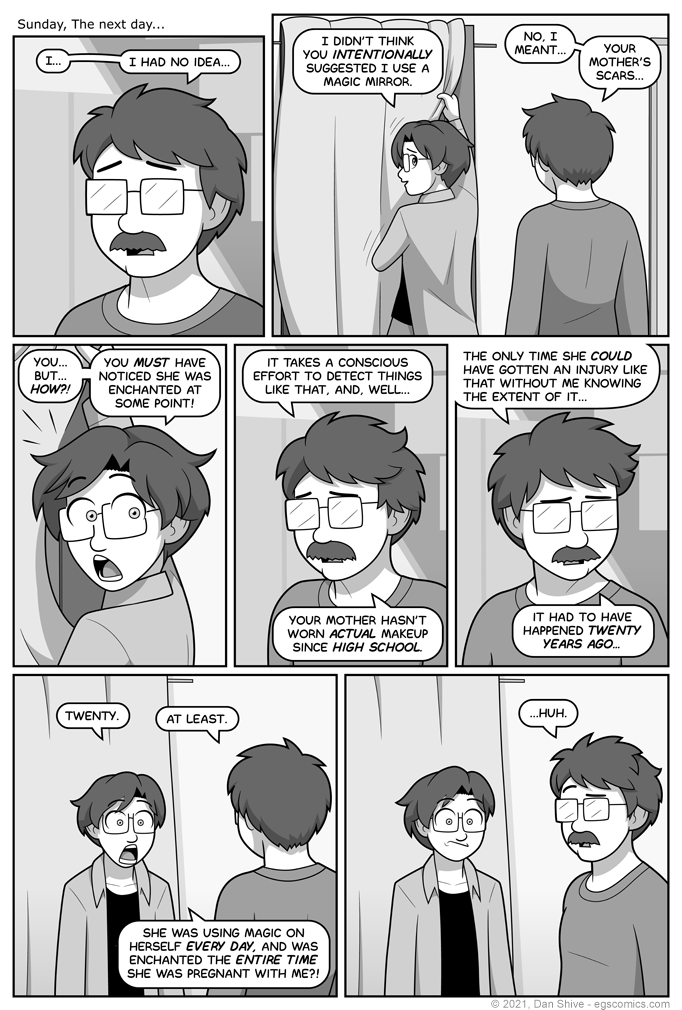 Reminder - Comics are "during the day" this week

Nor had it been planned when the subject of Tedd's mom first came up after the mirror went haywire, as I wasn't completely certain of when Noriko (Tedd's mom) was injured, or if Edward (Tedd's dad) knew.

It was only after I considered whether Tedd's mom could have been hiding her scars while pregnant that I had that "holy carp" moment of realization, and now it's entirely possible we have an explanation for a whole bunch of things about Tedd's power.