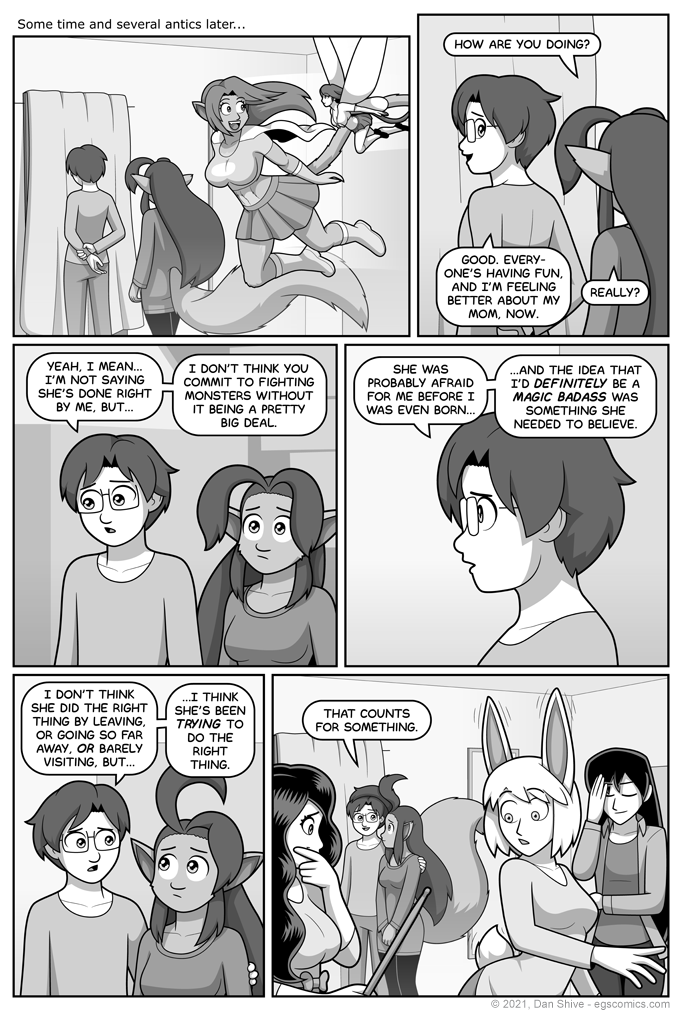 For the record, that is 50% height catgirl Cheerleadra.

Also, that is Ashley with the wand in the last panel. I really hope there's no confusion even without this note, but I'm paranoid.

EDIT - There WAS confusion, and I realized I left out the bow on Ashley's skirt in the original version, so it's BACK, and AShley-osity hopefully became more obvious because of it.

This is the note I'm ending the party on, but NOT the story arc. It's got at least two more pages, and not just because I'd like to end it on a Friday (though there is that).

After that, There'll be a story comic break. I am still deciding on the length. It will be at least two weeks. I'm thinking probably two and a half, actually, as coming back on a Wednesday seems like a safe idea if my scheme is to have worked ahead beforehand.

As for this page, these are Tedd's thoughts on the subject. I'm not claiming these are the "right" thoughts to have. This is just where Tedd's at right now. Please keep that in mind if you strongly disagree with Tedd's assessment.

Tedd's mostly in a masculine form at this point because they spent nearly the whole party in a feminine form, and I wanted to address their gender fluidity a bit. Plus, I think it shows their comfort with Diane given that, originally, Tedd was nervous about meeting Diane, and then planned not to address being genderfluid.