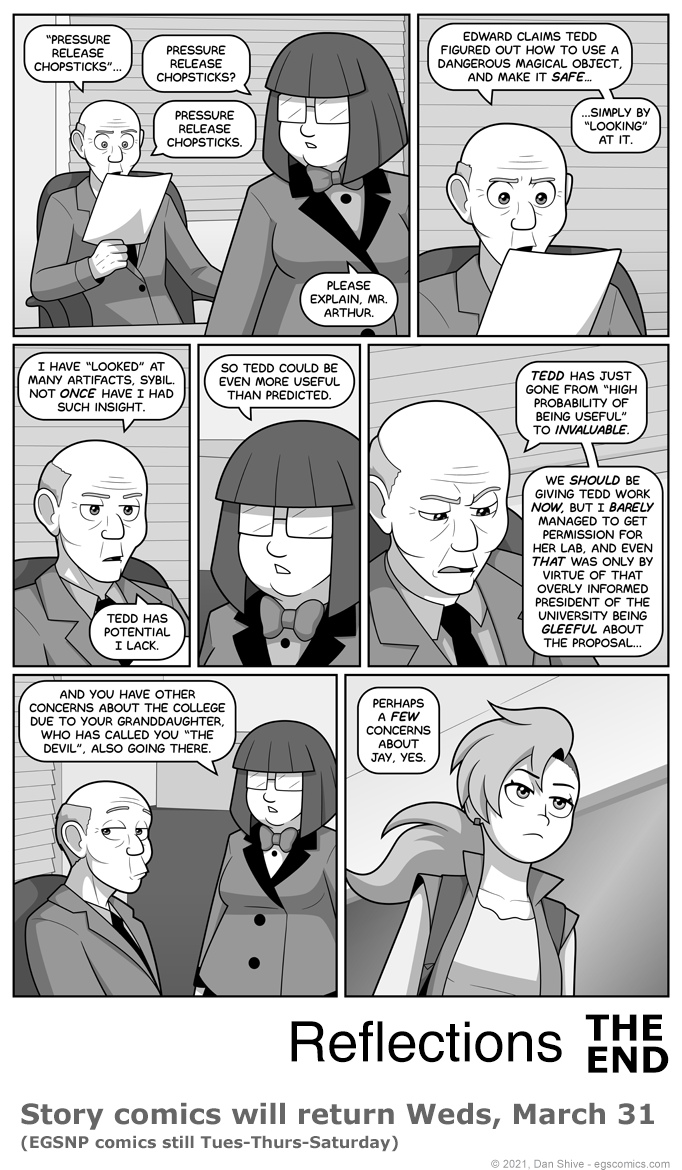 And so it was that cookies rained from the heavens, for many had predicted this connection.

I'm not sure if multiple people have suggested "Reflections" as a title for this untitled party, or if it was just one person on multiple occasions. In any case, I can't think of anything better, and it has multiple meanings, so... Sure. Reflections.

I need to split up the story arc into more manageable bits at the time of writing this, and I'll get around to that at some point.

I fully expected it to be unclear exactly why Tedd might be able to do things Arthur can't, and that I'd settle on an explanation someday if necessary.

After the previous page, however, there's at least one guess.

It's very fortunate that Wednesday isn't April 1st. I would have pushed the return back until that Friday were that the case, because there would have been so much nonsense associated that date.

AS IS, I want to come back in the middle of a week based on what I have planned in the meantime, and how much I want to have done before we return. I want at LEAST four story comics done in advance, if not five, and that's the time I've determined I need while also having a relative relaxed first week off from story comics.