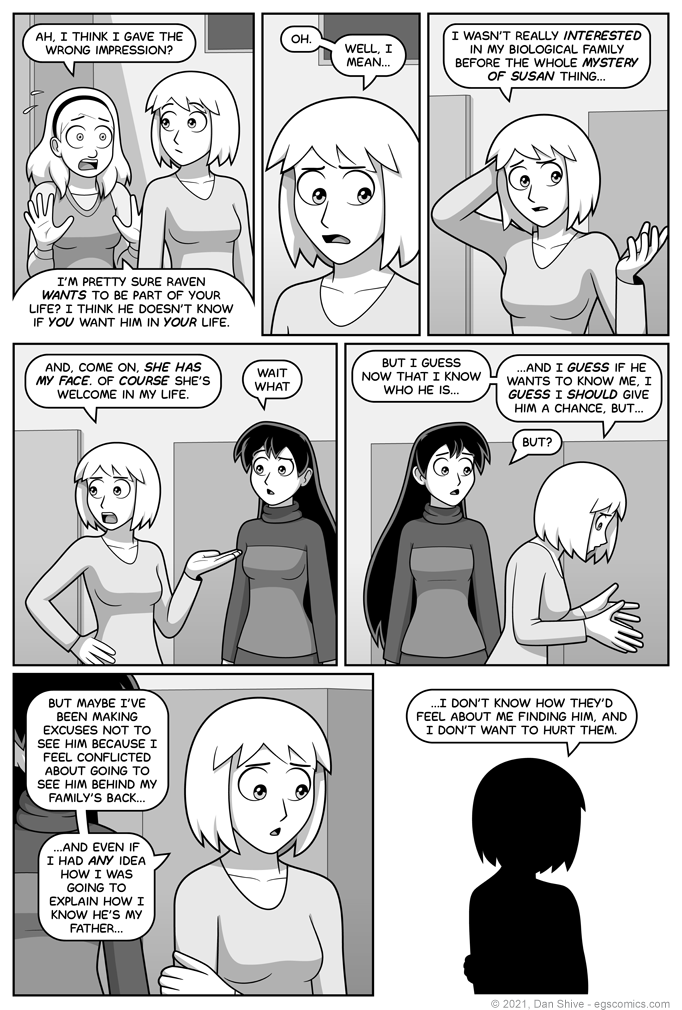 - One such excuse (though also real feelings / concern)

For the record, authorial intent is that Diane doesn't only like Susan for such a superficial reason.

Authorial intent is ALSO that it is a point in Susan's favor as far as Diane is concerned, however.

I don't remember seeing any speculation about Diane feeling conflicted about meeting with Raven, in particular if it had to be in secret. I may be hanging on to all the cookies in this case.

Granted, Diane herself did everything to provide different explanations, and she has charisma boosting magic, so... It could have just been Diane being Diane?