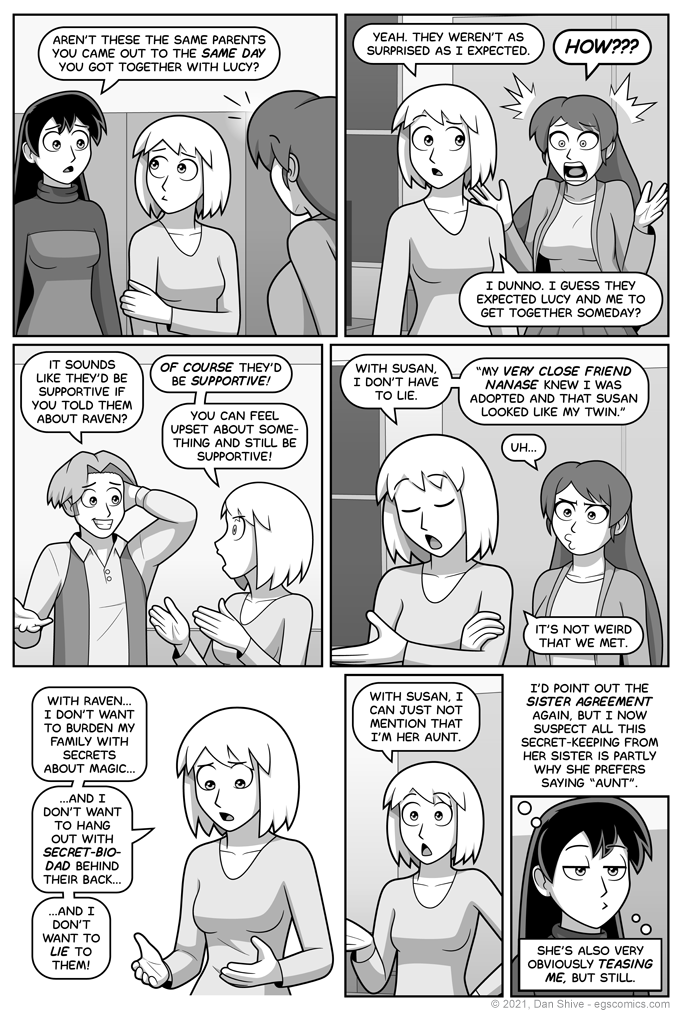 I enjoy Nanase being Diane's friend while also not being the biggest fan of her. Also, I don't know how confusing that "how???" is, but Nanase's reacting to what Susan said, not Diane.

Panel four Nanase is my attempt to draw her with very pursed lips while speaking.

I'm not sure if it works, but if nothing else, I was briefly amused drawing it.

I'm attempting to recall how far back I thought this could be part of the reason why Diane favored saying she's Susan's aunt. I don't think I had it in mind when she first did it, but I'm also not sure when that possibility occurred to me.

In any case, if Susan is right about it, I don't think it's something Diane has consciously thought about.

Specifically the "feeling bad about treating Susan as a sister while Rhea doesn't know about it" bit. Diane definitely knows she's teasing Susan.