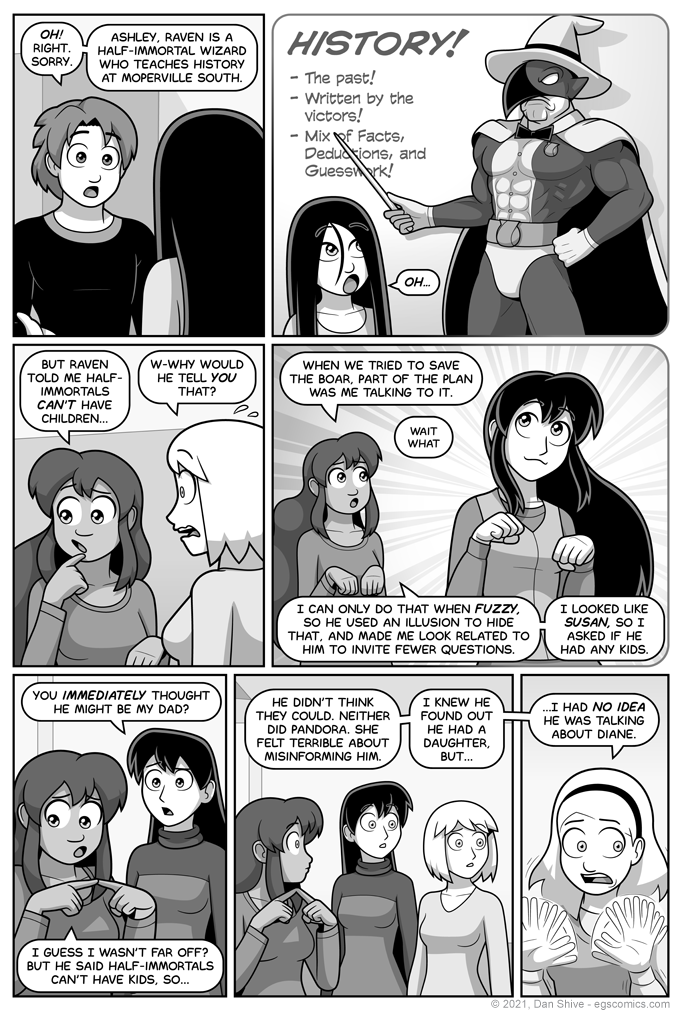 It wasn't even imagination-Raven's final form!

Seriously, though, that bit with illusion-Grace looking like Susan was NOT originally intended as foreshadowing. I was poking fun at the results of my own artwork.

Speaking of accidental nonsense that I wound up using in some way, panel three was originally written without any stutter, and I had simply planned on Diane being confused in an innocent "huh, why would that subject come up" sort of way.

Then I started actually thinking of reasons why that subject could have come up other than what actually happened, AND YES, THERE WAS ROOM FOR CONCERN.