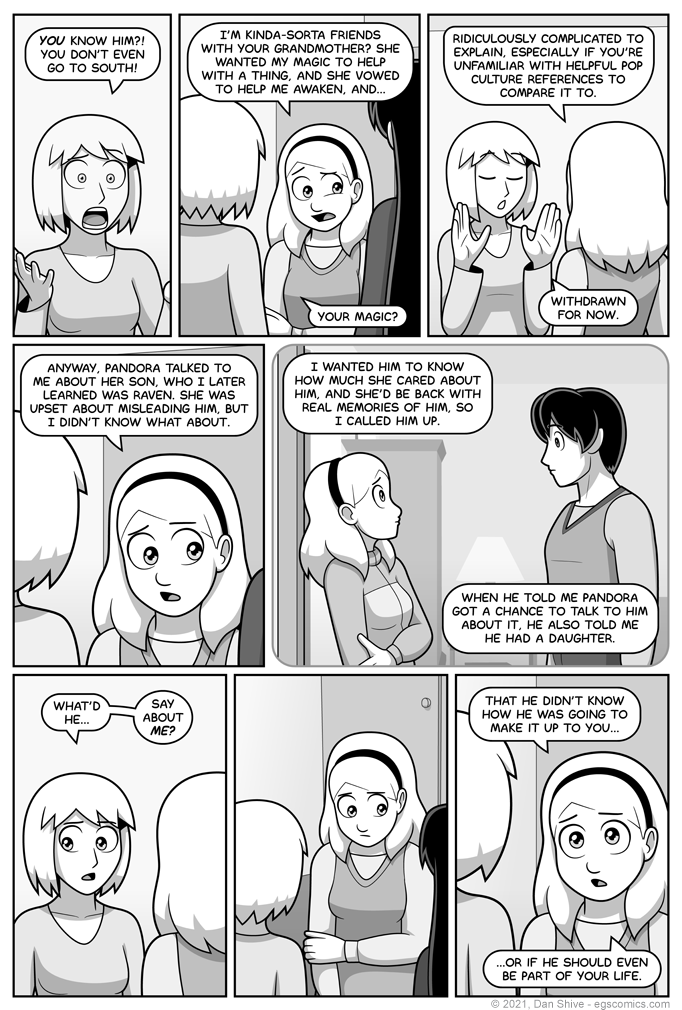 This page got delayed as the result of a rewrite. I was originally going to show a bit more of the meeting with Raven, but it was tangential to the current scene, and it continued to pull things into a tangent that could have lasted for additional pages.

It basically distracted from the scene at hand like an enormous speed bump, which is something I've been concerned about regarding Sarah's meeting with Raven since before the party even began.

When I introduced it as part of Sister 3's epilogue, I was considering a storyline specific to it, but on reflection, there would be very little to such storyline, and it was all things that would better be flashed back to later as relevant.

Now in this storyline, showing their meeting in much of any detail becomes like a separate storyline unto itself. It doesn't work well at all.

I am currently of the opinion that the best thing to do with Sarah's meeting with Raven is to have it be an established thing that can be revisited as applicable, and specifics from it WILL be more appropriate to show with time (including what I cut for this storyline).

For now, though, what's most relevant is this, and anything more is indulgence that risks grinding this storyline to a complete halt at a point when things should be coming together towards a conclusion.

Thursday EGSNP will be during the day