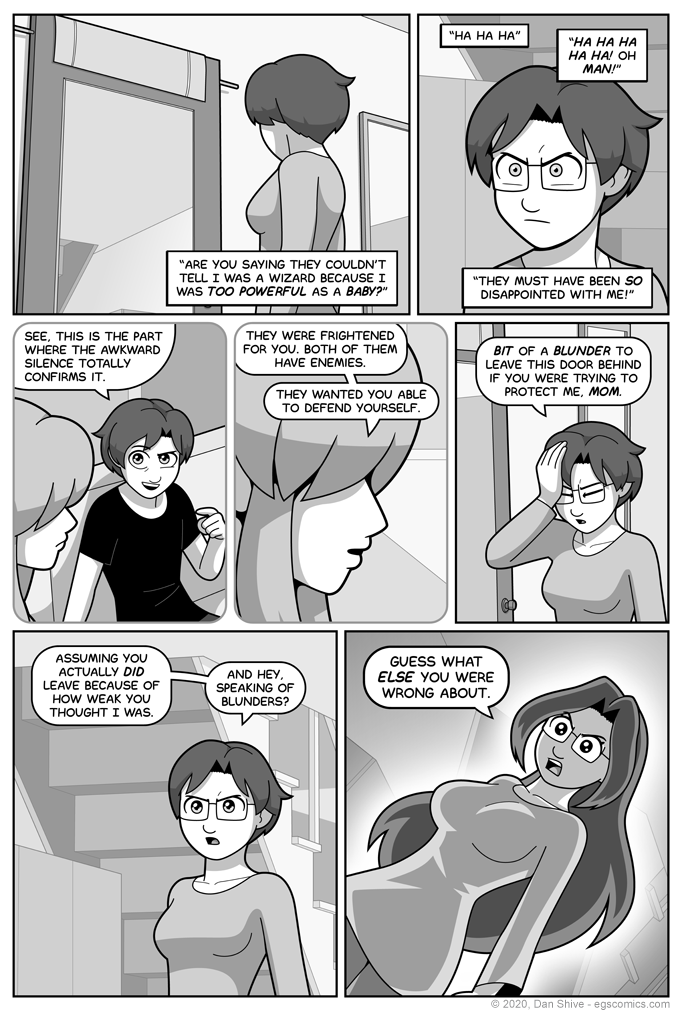 I hadn't actually planned on recapping and/or establishing how exactly Tedd's enchantment works on the previous page, but then I...

Okay, I was about to write "but then I realized this part with new forms would be confusing without it", but that would be a lie. The ACTUAL truth is that I thought it would be funny to have Ellen react as though her position were being challenged, and only realized afterward that Tedd's response would genuinely be a good bit of exposition to have.

Look, we all know by now that half of the things I do well are the result of a high luck stat. This shouldn't surprise anyone.