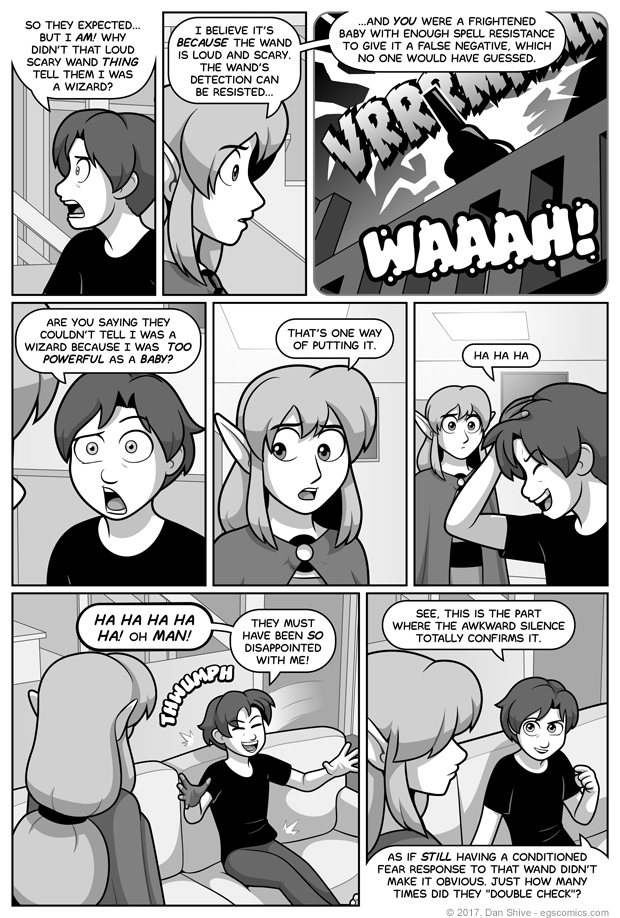 - The Magic Analysis Wand is introduced, and it is loud and scary

- Once again, the comic panel three is originally from

I've been waiting since late 2008 to reveal why the heck that wand didn't think more highly of Tedd, and to let everyone know why the heck I decided it needed to be loud and scare Tedd.

I don't know if anyone's giving themselves a cookie this time around! Usually, I see at least one person guess something close to whatever I've been hinting at, but not this time.

Granted, I never specifically said "you can resist the wand's analysis", but that would have been WAY too on the nose. Everyone would be giving themselves cookies, and suddenly there'd be a massive cookie drought.

What I did establish, however, was that being on guard helps spell resistance, Tedd has abnormally high spell resistance, and that the loud wand not only frightened baby Tedd, but continued to put him on guard years later. Those were my clues.