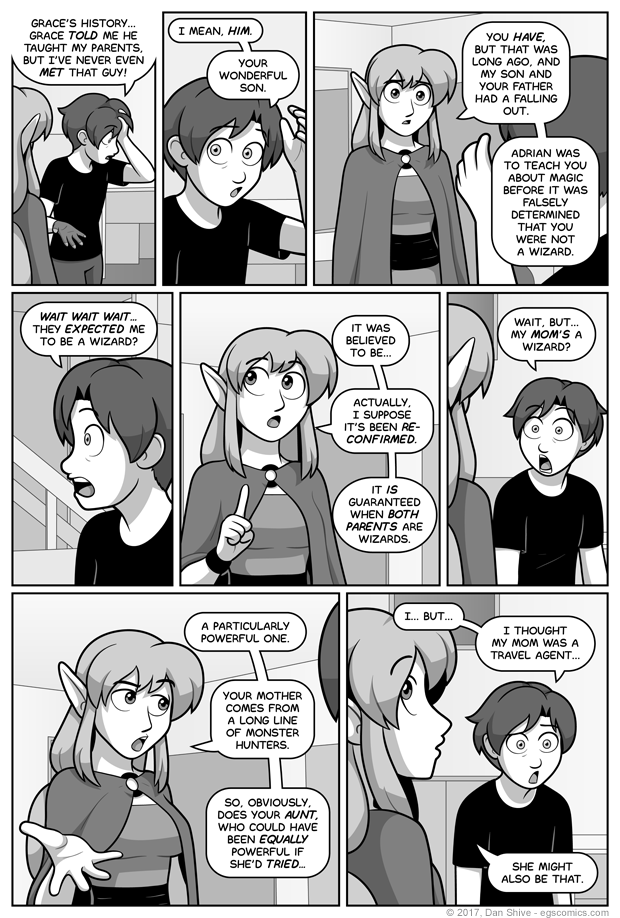 - Tedd's Aunt, Nanase's mother, knowing more than she lets on

- ."..Your dear Aunt Noriko."
- "A legendary monster hunter with a long family history..."
- Tedd's father anticipates how Tedd would take learning this information

- Nanase aware that her mother is keeping secrets

Tedd managed to successfully move two feet before getting locked in place by more dramatic reveals.

Tedd didn't originally point out that he already knew Adrian taught his parents in high school, but then I realized that would subtly imply that Grace had not bothered to mention that to him. How much she said and how specific she might have gotten may not be clear, but I did not want to imply she hadn't told him anything about it.

I've found that the responsiblities of a godfather vary depending on who you ask, but here's at least one thing that was expected of Raven revealed, and I'm betting it deviates somewhat from any norm. Just a hunch.