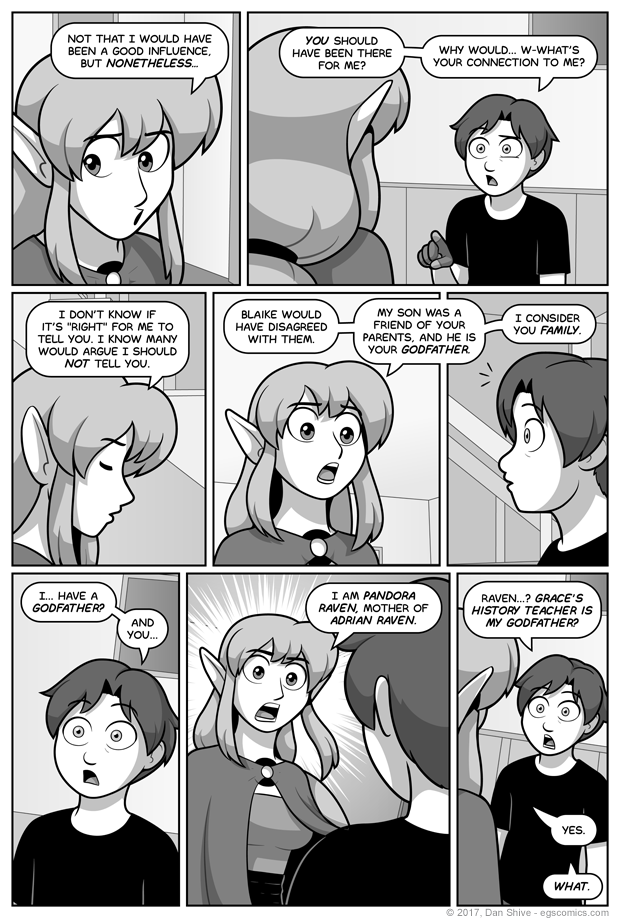 - Adrian telling Grace about being friends with Tedd's parents

And so it was that Tedd's face froze that way, forever, for he had received far more than his recommended daily dosage of dramatic reveals in just under ten minutes.

Anyway, I'm sure Pandora would have been a lovely influence on young Tedd! What with her desire for chaos, losoe grasp of morals, and... Um... Look, it would have been FINE, okay?

EDIT - Nearly forgot! By which I mean, I forgot, but then remembered later. I did a poll on Twitter sometime after the previous comic, and most of those who responded seemed to agree with Blaike. (Or, at least, wanted Tedd to finally get told this stuff)

EDIT 2 - Pandora originally said "and he your godfather" between panels four and five, which I liked the sound of. Then someone corrected me on the missing "is", and just as I was about to tell them that was intentional, I saw a future in which I was being told about that missing "is" for all eternity. My mind was swiftly changed.