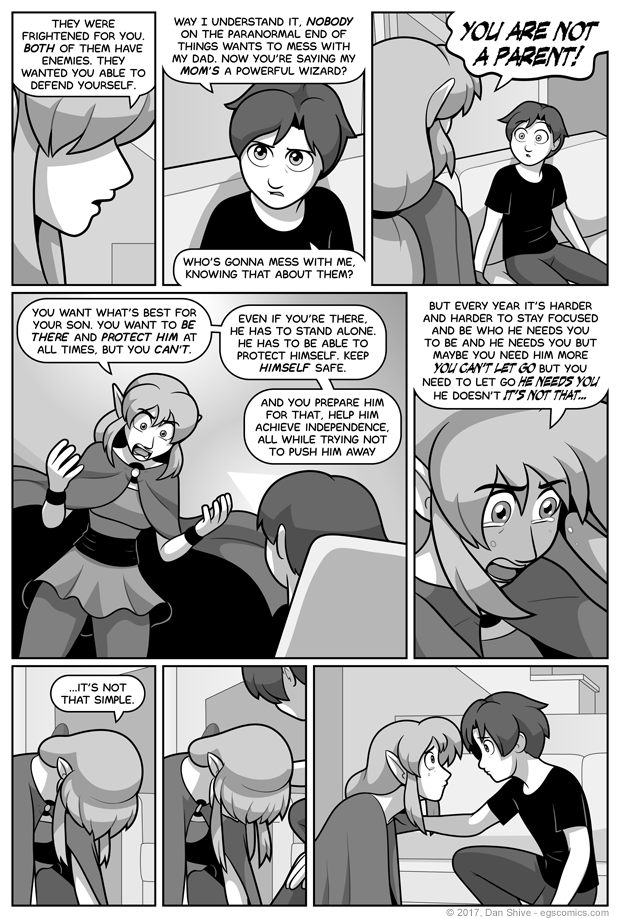 - Teaching Adrian to protect himself

The lack of punctuation at end of panel four intentional, as I imagined basically no pause between that and what she says next. Not trying to explain so much as letting people who would kindly notify me of such errors that I am aware ;)

Worth noting is that, while it's now been said Mr. Verres is a wizard, exactly how powerful he is has never really been addressed. If nothing else, however, he has poweful allies, and he can talk down deathless alien armies of rage with exposition and charts. You probably don't want to mess with his kid.