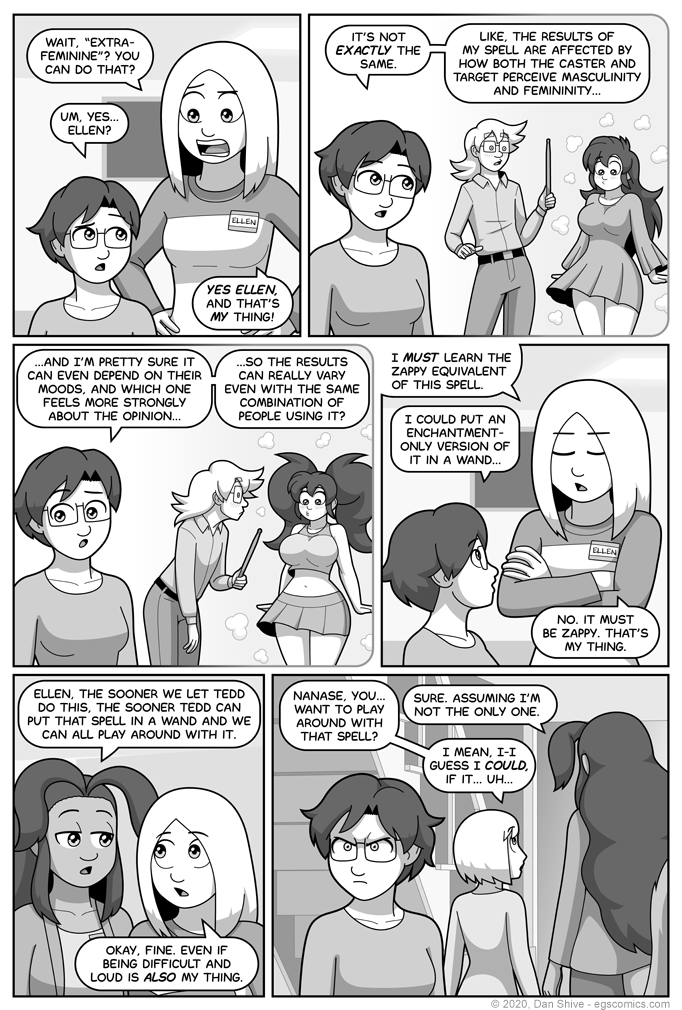 Sorry to anyone who say the "to be concluded" message and thought I was referring to the end of the comic as a whole.

I was simply referring to the conclusion of this story arc, which will most likely at least partially involve Tedd's testing the pressure release chopsticks.

As for how Tedd's spell works, I'm honestly not 100% certain whether I established any of this before? It was always my intent that individual perception would have some impact on the results, but it's not in Tedd's original explanation, and I'm not sure it was actually brought up later, so...