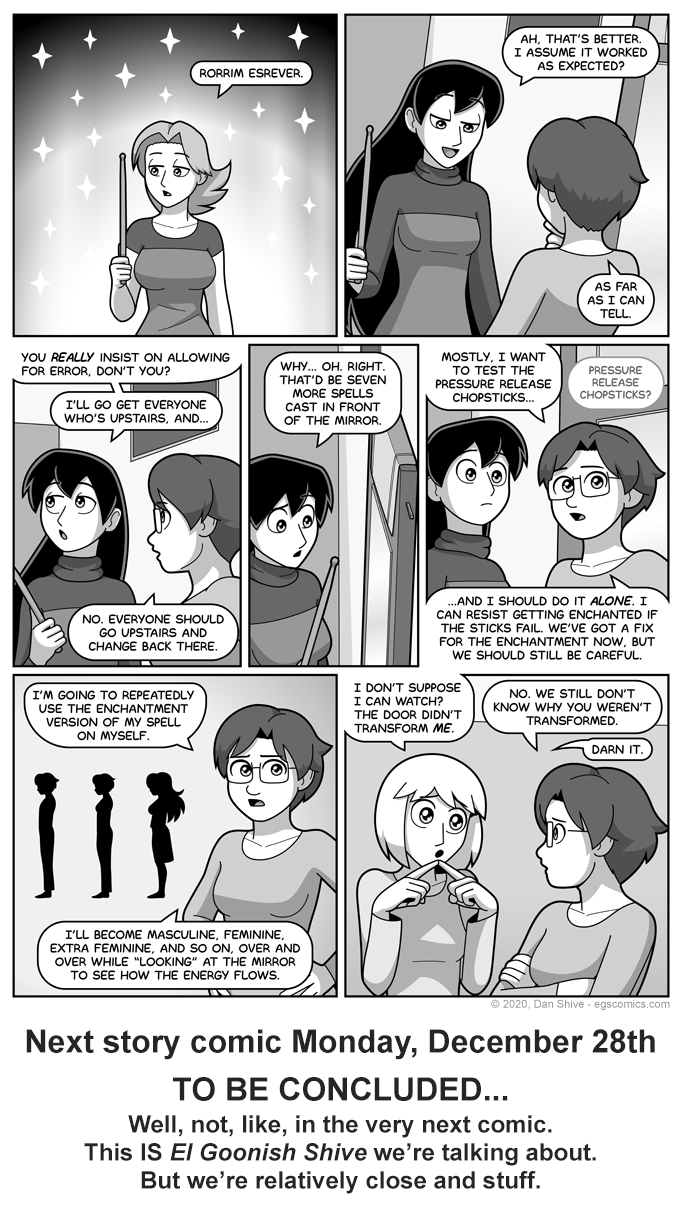 EDIT: No, the comic as a whole is not "concluding". I would not announce it that way. The STORY ARC is relatively close to concluding.

This page originally included a "to be concluded" notice at the bottom as part of a "I'M TAKING CHRISTMAS OFF BYE" sort of message (and still might, depending on when you're reading this).

Truth be told, there's undoubtedly many weeks of pages left, but relatively speaking, we're approaching the end of this arc.

Which I guess is a minor spoiler, but seriously, short of having a dragon crash the party and effectively start what would feel like a whole new arc or something, we HAD to be approaching some sort of conclusion by this point.

For anyone wondering, Tedd doesn't HAVE to make spells for drumstick wands require physical contact with the target, and didn't bother with this spell.

This is because this spell can only affect the person holding the wand, rendering such a safety precaution overkill, and DEFINITELY not because I recklessly drew Tedd in a neat pose on the previous page without remembering the contradiction it created.