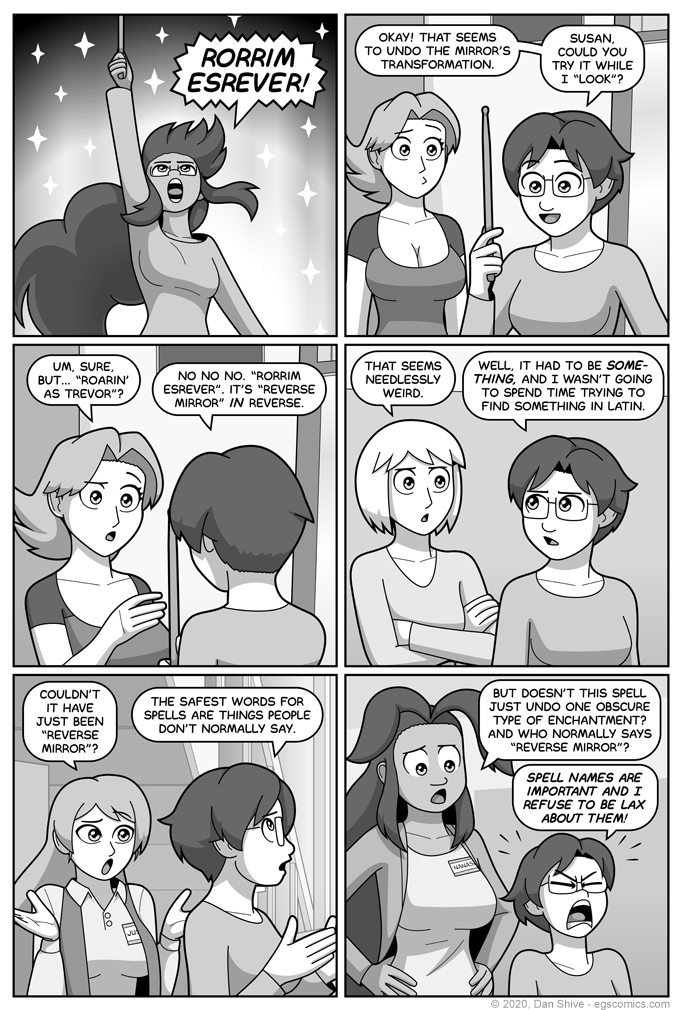 FIRSTLY, there won't be a story comic on Friday this week (Christmas day). This surely has nothing to do with me taking a brief holiday break, and is entirely because I will be busy helping Santa Ellen deliver transformations for good, neutral, and I guess even evil people who want them? I'm not sure?

In theory, anyway. She doesn't have a list, and I'm not entirely unconvinced it's just going to turn into a party watching TV, but the point is, Wednesday's comic will have a "next story comic Monday" notice beneath it.

- Where we left off with Tedd

Wow. How on earth is this storyline nearly two hundred and forty comics long? I've no idea. Anyway, here's a page that's mostly devoted to my own criticisms of a choice I made while naming something.

While Tedd is correct about spell names being safest that way, it's also been established that someone using a wand has to at least have some idea what the spell they're trying to cast does, and there has to be intent behind it. It really should be almost impossible for someone to pick up one of Tedd's wands and accidentally do something without.

Of course, some of the "safety" Tedd is talking about is preventing people they don't know from using any wands Tedd makes, so... Yeah, it's probably best to use spell names that people aren't going to guess, particularly with more generic spells that people might guess at.