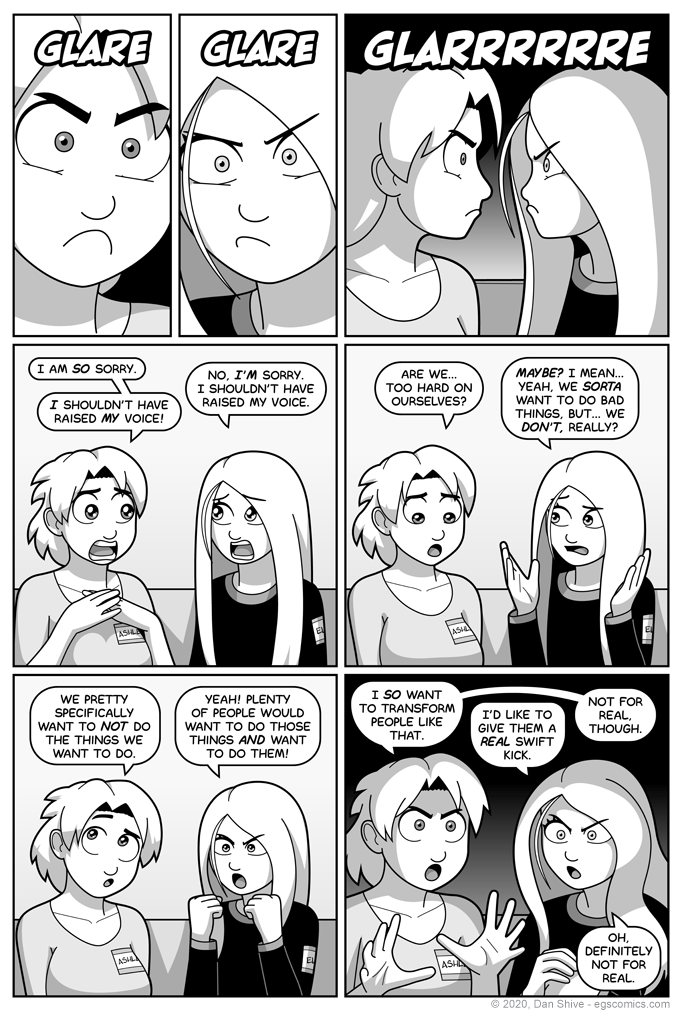 One of the core ideas I had for Elliot and Ashley's relationship was that they don't balance each other out, and instead enable both good and bad qualities in each other. Less balancing out their scales, and more doubling the weight on whatever end that's already there, be it for better or for worse.

But I think I was actually wrong about that.

Elliot and Ashley both have trouble with self image, and neither will tolerate the other disparaging themselves. It's still in keeping with their dynamic in that they each basically feel the same way, but this is one area in which the result actually is balance, and it might be the most important thing they need balanced.

Incidentally, when I say "I was wrong", that's not me embellishing for the commentary. I was literally about to write a commentary all about how they don't balance each other out, and that their dynamic is they enable each other (mostly in reference to the last panel) when I had a "wait a minute" moment and realized that, no, there's actually a very important way in which they balance each other out.

Which I sort of already knew, but I was just writing them being, well, them. I hadn't specifically thought of it from an "um, ACTUALLY, they DO balance each other out" angle.

Which, I admit, is an important angle for me to be consciously aware of.