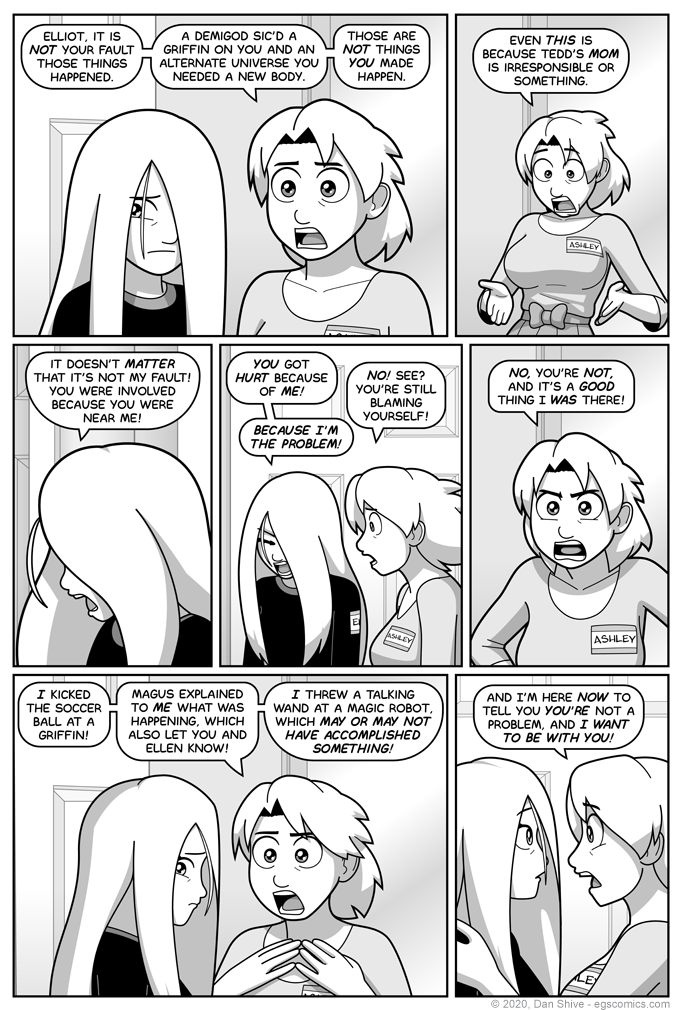 I'll probably track down references later, but I went through a lot of rewriting of this page sorting out Elliot and Ashley's dialogue and trying to make them speak like humans would and I'm going to sleep wherever I fall after writing this.

Speaking of writing, I have a bit of writing advice I've probably given before:

Write whatever comes naturally first, THEN sort out how to make it sound as best as it can be. It's easier to edit than stare at a blank page trying to think of THE perfect sentence.

Granted, I also recommend re-writing the text instead of literally editing it. Do you know how easy it is to leave in remnants of prior sentence structures by accident? My Twitter knows. 90% of my typos are just "I wanted to make a sentence better and left a word I shouldn't have in or messed up the tense or something".