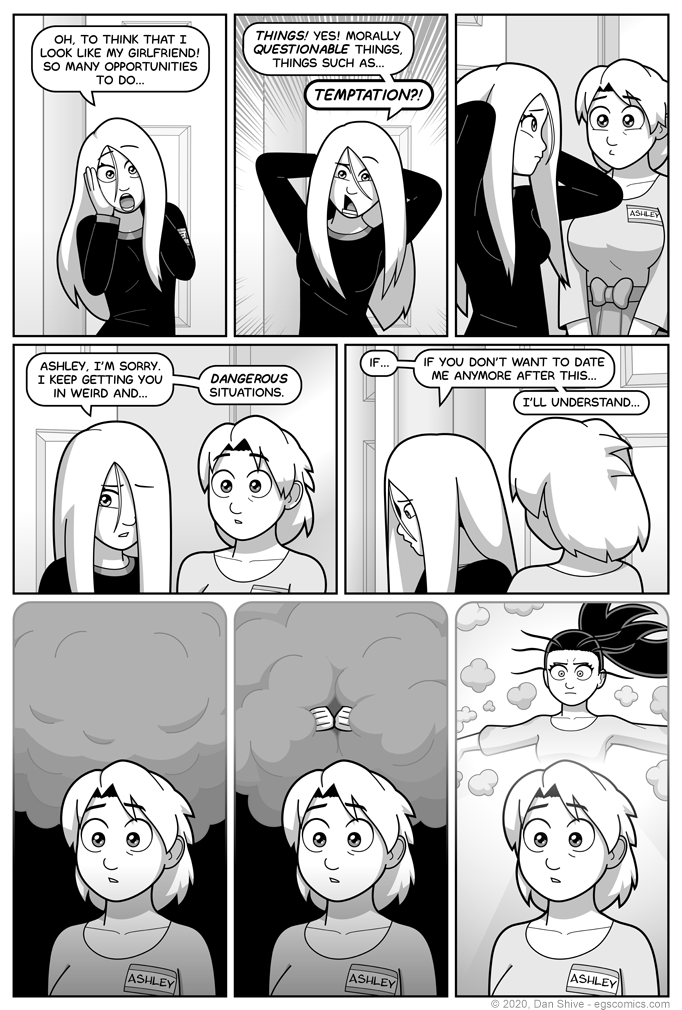 - When last we saw these two dorks

It's nowhere near the same level of pathos as when Susan did it, but that's not the point.

Granted, that won't stop it from being evaluated as though it were a competition.

I was originally imagining doing more with that Sarah and Grace scene, but I found I really liked leaving things with the previous page. It provides set up for the future, resolves some matters while raising other ones without complicating this already busy storyline, and anything more would basically be set up for later that would have to be recapped anyway.

As much as I think it should have been shown sooner, Grace's elevated view of Sarah seems to me the right payoff for that plot thread within the confines of this storyline.

That said, suddenly we're back with these dorks earlier than I expected.