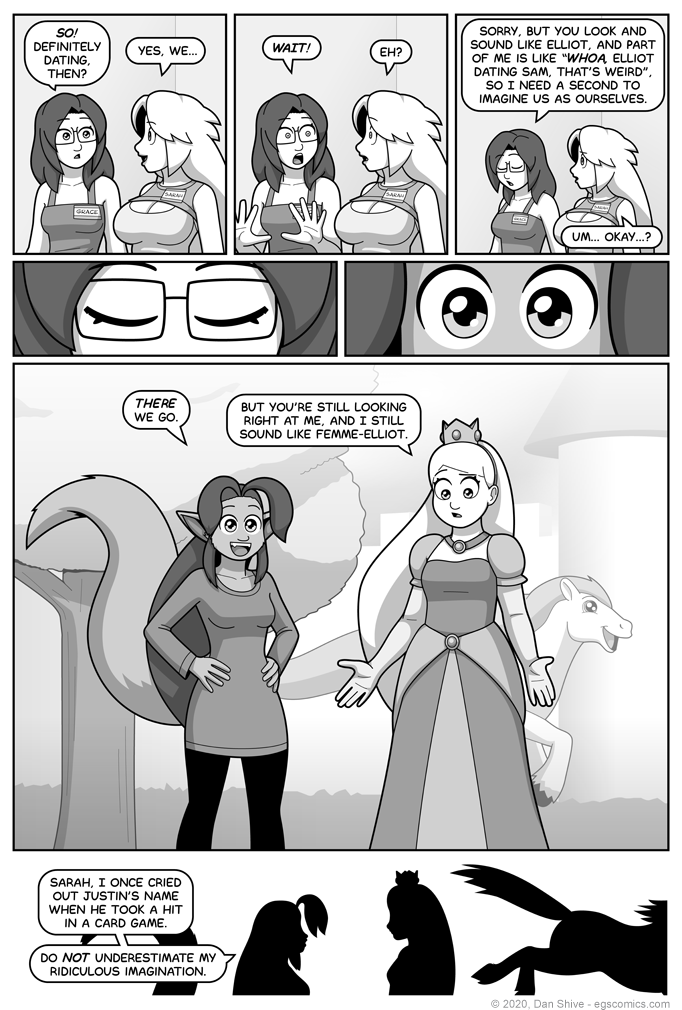 - Start of the storyline with that card game

- Grace entering into fantasy mode during that game

- Grace reacting to Justin getting hit in a card game

I'd been waiting for a chance for them to talk about this the whole party, and when it finally happened, they didn't look like themselves. Which would be FINE, if them not looking like themselves was RELEVANT to the discussion like with the others, but it's NOT, so...

Enter Grace's imagination. This was not a tough decision, either. I was just like "nope, we're seeing this in Grace-vision".

Granted, I originally thought I'd still just draw them in Tedd's room.

I did not foresee a horse.