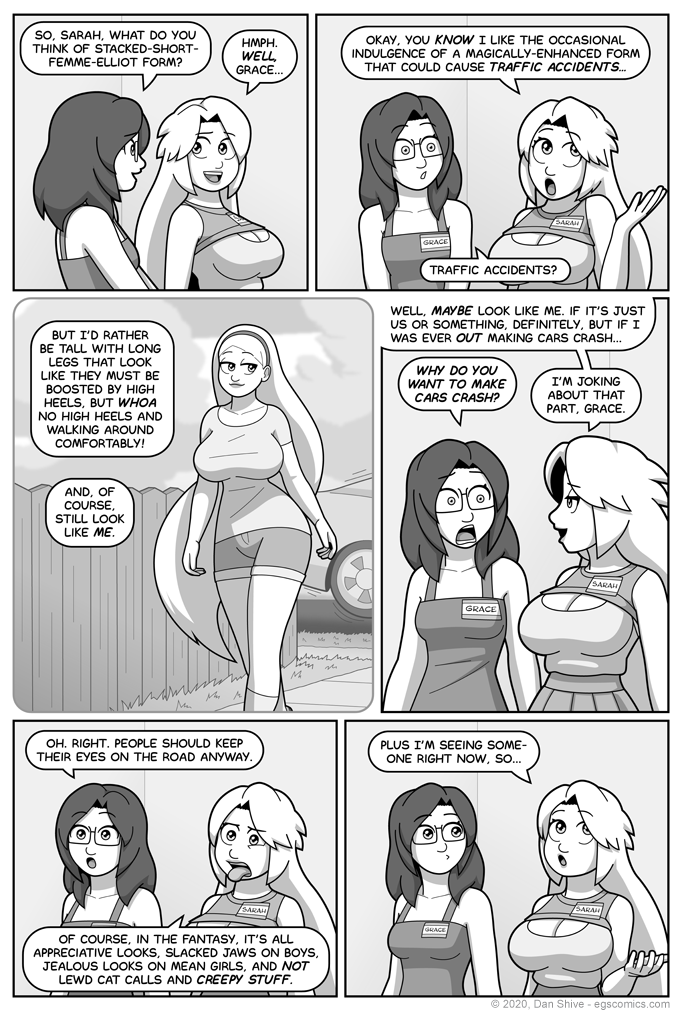 - Previous page with these two

I don't know what percentage of writing Grace is simply her latching onto how things are said, but it's a significant percentage.

I had originally planned to draw a people getting distracted by Sarah in panel three, but then I realized a car would make sense in context, and that I could get away with just drawing part of a car.

So I did, and victory music played all on it's own. Or maybe I made it happen. Whatever. Still a victorious moment.